Israel completely pulled out of Gaza in 2005. Israel’s Prime Minister at the time, Arik Sharon, expelled over 8,000 Jews from their homes, dug up the Jewish dead from the cemeteries in Gush Katif and almost ripped the nation apart.

While several members of parliament from the right warned of the dangers to come if we leave Gaza, they were ignored and scorned! Even Binyamin Netanyahu voted for the expulsion of Jews from Gush Katif. Here is what I call the video of shame!

How much of a sacrifice was this terrible act of treason? Watch these girls crying and praying that some miracle might stop the Gush Katif expulsion.

This is the prayer they are crying.

“A prayer of the afflicted man when he faints, and in front of Hashem he pours forth his supplications. Hashem, hear my prayer, and my cry -to You let it reach! Do not hide Your face from me on the day of my distress.” (Tehillim 102:1-3)

They then went on to say God is our ruler and then finally a call to our Father in heaven, “Our Father, our King, Be compassionate to us and answer us, for we have no deeds, Grant us charity and benevolence and redeem us.”

How could Sharon, who was the father of settlements do such a traitorous act and how could Netanyahu vote for it?

The answer is, both of them, for some odd reason, believed if Israel gave Arabs land, they would lose their motivation to kill Jews. Today, it is clear as it was to some of us in 2005 just how big of a mistake it was.

Since Israel’s complete pullout from Gaza in 2005, over 15,000 missiles have been shot and aimed at civilian cities in Israel. Not once has the UN or any human rights group condemned Hamas for their attack aimed ONLY at civilians in Israel. Only when Israel decided to RESPOND did the UN and the world go crazy!

Before blaming Israel, Answer These 5 questions!

I do not care what the size of the missiles are.

Let’s say it was not even rockets but bullets!

What would your country do if it was fired upon with 15,000 rounds?

2. If a missile was aimed at your family and was being shot from a school or a hospital, would you take it out or let your family die?

Saying Israel should not react to Hamas because we have the Iron Dome, is like me saying you should continuously let someone kick you in the testicles because you have a great jockstrap!

3. Were the allied forces in WW2 wrong?

Twenty times more German civilians died than all allies put together. For those in England, remember Dresden?

I know people are dying in Gaza and NO I am not happy about innocent people being killed. Israel never wanted this war or any any of the wars fought in the area. We never started the wars but we always finished them!

In Gaza there are endless number of tunnels, if Hamas wanted to keep their people safe, they would have allowed them underground instead of shooting missiles from UN schools, hospitals and shelters!

Ben Shapiro on the Truth About the Israeli Arab Conflict 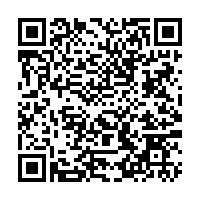