The mainstream media and the politicians never cease to amaze me.

In virtually every terrorist attack that we have in the United States, or the West, more generally, there has been a great reluctance to use the term “terrorism” much less “radical Islamic terrorism.”

When Omar Mateen shot up the Gay nightclub in Orlando he admitted to a 911 officer over the phone that he was a follower of ISIS big shot, Abu Bakr al-Baghdadi, which means, pretty much by definition, that Orlando was a Jihadi attack. Nonetheless, people blamed a sort-of generalized American homophobic bigotry or some nefarious “gun culture” promoted by the NRA or, you know, Republicans.

And, yet, in the hours directly after the horrific Nice attack, yesterday, everybody was using the term “terrorism” to describe this attack. The great irony is that this may be the one that actually is NOT a terror attack.

It might very well be, but we do not know that yet.

For Nice to be considered terrorism there must be an ideological basis, religious or otherwise, for Mohamed Lagouaiej Bouhlel’s aggression. It is not enough that 84 people were needless run down by this crazed maniac behind the wheel of a big white truck. For this to be considered terrorism it must be shown that Bouhlel did it for ideological and/or religious and/or political reasons and, so far, we do not have that information.

It may be forthcoming as I write, but all we know at this point is that the killer was French-Moroccan with a criminal record. He was very likely of Muslim descent, but that does not meet the standard for determining terrorism.

It might also be that he was simply stone cold crazy and this might have nothing whatsoever to do with the Jihad… but I still would not bet on it. 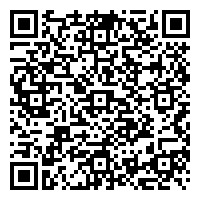