One of the senior military officials mentioned in the flurry of accusations in Turkey over who exactly was responsible for the failed coup attempt Friday night was former air force commander Akin Ozturk, who was the Turkish Military attaché to Israel between 1996 and 1998. Ozturk, who commanded the Turkish Air Force between 2013 and 2015, is suspected of being the leader of the coup attempt, according to a Hurriyet report.

Ozturk has been a member of the Turkish Supreme Military Council since August 2015, and government media reports have claimed that he may have decided to launch the uprising before an upcoming meeting where his possible links with Turkish opposition cleric Fethullah Gulen were to be raised.

“They [Gulen supporters] were like a tumor within the military, and now this tumor is being removed,” Erdogan told a crowd in Istanbul less than 24 hours after the end of the coup. “I told you [the US] to deport or give this person back to Turkey. I told you that this person was in a preparation for a coup against Turkey, but I could not make you listen to me,” Erdogan said.

Erdogan Reiterated his demand, “I repeat my call on the US and president Obama, give this person back to Turkey.”

Gülen is actively involved in the societal debate concerning the future of the Turkish state, and Islam in the modern world. He has been described in the English-language media as an imam “who promotes a tolerant Islam which emphasizes altruism, hard work and education.” He teaches that the Muslim community has a duty of service (hizmet) to the “common good” of the community and the nation and to Muslims and non-Muslims all over the world; and that the Muslim community is obliged to conduct dialogue with not just the “People of the Book” (Jews and Christians), and people of other religions, but also with agnostics and atheists.

On Friday just before 11:00 PM local time military jets flew over Ankara, and both main bridges from Asian to European Istanbul were closed. Turkish Prime Minister Binali Yıldırım said military action was being “taken outside the chain of command,” calling it an “illegal attempt” to seize power by “part of the military.” Tanks were posted in Istanbul’s Atatürk Airport. Internet users within Turkey were blocked from Twitter, Facebook, and YouTube. The Turkish Chief of the General Staff Hulusi Akar was taken hostage. The coup took place while President Erdogan was vacationing in south-western Turkey.

Just before midnight, soldiers occupied Taksim Square in central Istanbul. At about the same time Turkish soldiers entered the buildings of the Turkish Radio and Television Corporation (TRT), in Ankara. Soldiers forced anchor Tijen Karaş to read out a statement saying that “the democratic and secular rule of law has been eroded by the current government” and Turkey was now being governed by a “peace council” that would “ensure the safety of the population.” The statement also read that “Turkish Armed Forces have completely taken over the administration of the country to reinstate constitutional order, human rights and freedoms, the rule of law and general security that was damaged. […] All international agreements are still valid. We hope that all of our good relationships with all countries will continue.” This was “done to preserve democratic order, and that the rule of law must remain a priority.” The statement ended with a declaration of temporary martial law, promising a new constitution “as soon as possible.” Eventually TRT was taken off air.

Bombs struck near the Turkish Grand Assembly, injuring 12, two of whom were in critical condition. There were reports of shelling from the air of several locations in the capital Ankara, including the ruling AK Party headquarters, the presidential complex, and the General Staff.

MPs from all parties converged on the Assembly and inscribed on the wall of the main session hall a declaration that “Sovereignty unconditionally belongs to the Nation.” They then moved into a bomb shelter to hide from the airstrikes.

A Turkish army F-16 reportedly shot down a Sikorsky helicopter, and aircraft belonging to the army continued to fly over the capital to repel any attacks on key buildings.

Reuters reported that in early Saturday the coup had “crumbled” as crowds defied the rebelling military units and gathered in major squares of Istanbul and Ankara to oppose the coup. Pro-coup soldiers eventually surrendered to police in Taksim Square, Istanbul. At 5:18 AM Atatürk airport had been completely cleared of pro-coup forces and police later surrounded the coup forces inside the Turkish army headquarters, calling on them to surrender. There was a skirmish there between 6 and 8 AM, after which the coup was by and large over. Ümit Dündar, head of the First Army, was appointed as the Army’s Acting Chief of Staff. 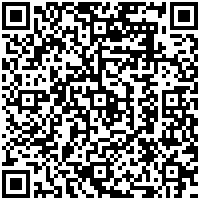