I think that what’s bugging me – and believe me, this is not meant as a criticism to you, personally – is how quickly politics descends into a team sport the closer we get toward major elections.


It’s Us versus Them.

It’s less about issues than it is about demonizing the political “other.”

It’s not enough to merely criticize Obama or Hillary on the issues.

One must spit loathing and contempt at their very essence, as well as at their followers, or anyone who is not absolutely in opposition to their status as human beings.

About a month, or so, ago I was amazed to see both Trump and Clinton calling each other “racist.”

Then the very next week they each flung the defamatory term “psychopath” at one another.

Furthermore, among supporters of either candidate, group-think rules the day and if you so much as question a political stance of one side it means that you must be on the other side… the side of that revolting enemy of all humanity… whoever it might be this cycle.

Or, for example, were I to criticize Black Lives Matter for their violent tendencies in the streets or their support for anti-Semitic anti-Zionism, it must mean that I am a revolting racist who hates black people.

In truth, the Democratic Party and the Progressive-Left, the very party and political movement that I come out of, has taken something worthy and noble, the Civil Rights Movement, and turned it into a bludgeon with which to silence alternative viewpoints or bully people into political submission.

This is politics as rat poison and it is not worthy of any of us with two brain cells to rub together or a political heart that honestly cares. 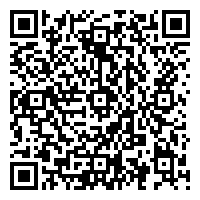