The House of Representatives overwhelmingly passed a bipartisan resolution to condemn anti-Semitism on Wednesday.

In a vote of 420-1, the House passed H. Res. 1125, which denounces the rising hostility towards Jews in recent years and a surge in physical violent incidents.

In a news release, the resolution’s supporters said that the nationwide rise in anti-Semitic incidents is a result of increased anti-Semitic “propaganda” on social media and the spread of misinformation and lies, including accusations that Jews are responsible for the COVID-19 pandemic; that Jews control the media, government policies and the financial system; and that Jews have dual loyalties and other negative stereotypes.

The resolution did not mention anti-Israel bias or the targeting of Jews for their pro-Israel beliefs and advocacy.

The resolution also calls for a plan of action to combat anti-Semitism through robustly refuting Holocaust denial, calling on social media platforms to address online anti-Semitism, and taking steps to improve the physical security of Jewish institutions and organizations.

“I am so proud that my colleagues united to condemn the rise in anti-Semitism by sending a powerful message that the U.S. House of Representatives will call out this ancient hatred,” said Wasserman Schultz in a statement. “It is fitting we share this message in May, as we celebrate Jewish American Heritage Month, by highlighting the vast achievements Jewish Americans have made to build our more perfect union.

“Critically, this resolution also commits Congress to take concrete steps to combat anti-Semitism and do more to ensure the safety, security, and dignity of American Jews,” she continued. “Anti-Semitism, sadly, is not a relic of the past, but a clear and present danger today. Passage of today’s resolution is a critical step.”

Schneider said that he was grateful to his colleagues for passing the resolution, and that leaders should speak out against anti-Semitism wherever it arises.

“Sadly, in this country, incidents of anti-Semitism are up 34%, 2,717 incidents just last year,” he said. “Congress and America as a whole must stand strong against anti-Semitism.”

Diaz-Balart said that the resolution condemns anti-Semitism in all its forms and would ensure that the U.S. leads the global effort in “educating on the history of anti-Semitism and its horrific consequences.”

“The rising tide of anti-Semitism has resulted in violence in our streets, discrimination in our schools and economy, and hate in our political system. In the past year alone, we have seen an alarming increase of anti-Semitic and anti-Israel violence and hate at home and abroad,” Zeldin said. “Just recently in my home state of New York, three anti-Semitic assaults were committed in less than a week, all within a few miles of each other. This must end now. I’m proud to join colleagues on both sides of the aisle in a much-needed effort to identify, condemn and crush anti-Semitism in all forms.”

Jewish organizations applauded the passage of the resolution.

“Jewish Federations praise the bipartisan resolution recognizing the extent to which the continuing scourge of anti-Semitism has impacted our community, and applaud, among other things, the call to increase funding for Nonprofit Security Grants that keep our houses of worship and communal institutions safe,” Elana Broitman, senior vice president for public affairs for the Jewish Federations of North America, said in a statement.

“At a time when violent anti-Semitism is surging across the ideological spectrum, from white supremacy to the denial of Israel’s very right to exist, this resolution outlines tangible steps to keep American Jews safe, both online and in public spaces, and uphold American values of liberty,” Harris said. “Especially critical is the call for leaders to condemn anti-Semitism in all its manifestations—it is too easy to point fingers at others and turn a blind eye to the hatred coming from one’s community or party. This bipartisan resolution models the civil discourse vital to addressing hate in our country.”

Nathan Diament, executive director of public policy for the Orthodox Union, said that Jews have been granted freedom to worship since America’s founding, and while there has been anti-Semitism in various forms, the trajectory has been towards greater equality and inclusion.

“The surge of anti-Semitism in recent years—including violent attacks on synagogues and identifiably Jewish people on the street—has been deeply disturbing,” Diament said in a statement. “Today’s passage of a resolution unequivocally condemning anti-Semitism and calling for concrete actions to combat it is very meaningful and appreciated.”

“Jew hatred is a scourge on our society,” said Ronald Lauder, president of the World Jewish Congress, in a statement. “I applaud the bipartisan majority in Congress who passed this resolution to condemn anti-Semitism and call on platforms like Twitter, Facebook, TikTok and YouTube to immediately help clean up the hatred on their platforms.”

While eight Republicans abstained from voting on the resolution, only one member of Congress outright opposed it, Rep. Thomas Massie (R-Ky.).

“I don’t hate anyone based on his or her ethnicity or religion,” Massie wrote in a tweet explaining his vote. “Legitimate government exists, in part, to punish those who commit unprovoked violence against others, but government can’t legislate thought. This bill promoted internet censorship and violations of the First Amendment.”

The explanation didn’t sit well with the Kentucky Jewish Council, who called out Massie in a news release saying that the Jewish community across the state is embarrassed by Massie.

“To suggest there is not a need to combat anti-Semitism is not only offensive, but it’s also simply ignorant,” said Rabbi Shlomo Litvin, chairman of the Kentucky Jewish Council and director of Chabad of the Bluegrass. “To miss an opportunity to do so is regrettable. To be the single voice in opposition is inexcusable.”

The council said that the vote is additionally offensive to the community as Kentucky’s Democratic Party recently refused to call out an anti-Semitic ad used in its 30th District House race. 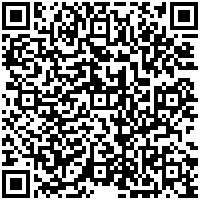