Yesterday evening there were reports that an Israeli drone eliminated someone in Quneitra (Syrian side). He was first identified as a senior air defense commander, but now it is believed he was an Iranian official in charge of setting up an Iran’s front against Israel on the Golan Heights.

Earlier yesterday, foreign diplomats in Damascus began evacuating to safer areas. Syrian Rebel forces are reportedly fighting on the eastern side of Damascus.

There are rumors that Assad and his family have fled to an unknown and safer location.

Some Syrians believe that Israel attacked the anti-aircraft sites near Damascus because they are afraid the missiles fall into the hands of the rebels. While some wonder if the attacks were timed with the Syrian Rebels’ attacks on Damascus.

Others believe that Iran and Hezbollah are ramping up their attempts to get advanced game-changing weapons into Lebanon for the next war – and that appears to be more accurate.

Iran has been working hard to build territorial contiguity between Iran and Lebanon — through Syria, and in trying to set up a position along Israel’s border on the Golan Heights. Hezbollah is one of their tools for that purpose.

We also can’t ignore the reports that Iran has operational underground missile factories set up in Lebanon.

Hezbollah has been making war noises. Israel, in response, has sent clear messages to Lebanon, that if Hezbollah attacks, the entire Lebanon will be sent back to stone age.

But Hezbollah and Nasrallah are puppets. Iran pulls their strings.

Iran is getting more brazen in their takeover attempts, and that would also explain why Russia has no apparent problem with the IAF attacks on Syrian soil, as this sends a message back to their Assad-supporting “partner” in Iran that they’re going too far.

It even lets the IAF solve Russia’s Iranian-encroachment problem for them. After all, if anyone is going to control what’s left of Syria, Putin wants it to be the Russians.

Where’s the United States as the sands shift in the Middle East? I don’t know. 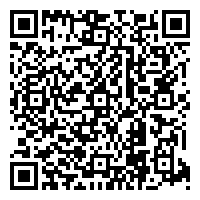