According to a Rotter citizen reporter with the handle Abu Ali, who specializes in translating Arab media, Syrian opposition sources have reported that the weapons truck the Israeli Air Force attacked in the Palmyra area, in central Syria, about 150 miles northeast of Damascus, had arrived by land from Iraq. Unlike in previous IAF attacks, the convoy was not carrying Syrian weapons to the Hezbollah, but Iranian weapons, going directly to the terror group in Lebanon.

This may mean that the contents of the attacked trucks were “tie breaking weapons” which would give Hezbollah the upper hand in a future encounter with Israel.


According to Abu Ali, Iran has been making serious efforts to forge a shiite territorial contiguity from its border all the way to Lebanon. To date Iran has succeeded in securing one road that goes through the Syrian desert and then continues to the Lebanese border through Shiite population centers. There is a second road, further south than the first, which is interrupted by rebel-controlled territories.

According to the Syrian opposition sources, the trucks arriving in Palmyra from Iraq are accompanied by Iranian military forces.

Abu Ali also reports that the missiles that were shot at the IAF attack aircraft were the S-200 type, operated by the Syrian army. There are S-300 and S-400 batteries on Syrian soil, and the fact that those newer, more advanced missiles were not used suggests that they are operated strictly by the Russian contingency there, which is yet to turn them over to the Assad regime. 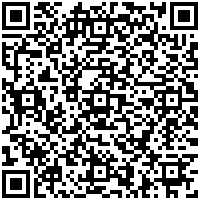