The opposition factions in the Knesset have managed for their bill to pass its first reading (out of 3) — which outlaws free newspapers.

The primary reason for the bill is to target the center-right paper, “Yisrael Hayom” which is distributed for free, and has grown to become one of the most popular daily papers in Israel, if not the most popular.

The opposition’s primary reason for the bill is to limit the success of a center-right newspaper which has been successful in shaping public opinion at the expense of the radical left newspaper Haaretz. The bill passed 43 to 23, with 9 abstentions.

Unconfirmed — Reportedly Prime Minister Netanyahu said in the Knesset today before the vote, “Now North Korea and Iran will come to Israel to learn how to shut down newspapers….” (I’m still looking for a source).

The bills needs to pass 2 more readings in the Knesset to become law. 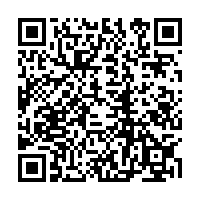