Point of No Return exclusive

As peace talks lurch forward between Israel and the Palestinians, the burning question is whether Tzipi Livni, Israel’s chief negotiator, will address the issue of the Jewish refugees from Arab countries and link it to Palestinian refugee claims. Levana Zamir, a delegate to the World Jewish Congress executive committee meeting in Jerusalem, managed to pose the question to Livni. But the answer she got was disappointing.

At the closing session of the World Jewish Congress Executive Committee, gathering on 23 October in Jerusalem, presided by Ronald Lauder, one of the Israeli VIP guest speakers was Tzipi Livni, Minister of Justice.

“I cannot share with you of course, the content of the negotiations,” said Livni among other things, “but I can tell you that the proposal of ‘one country for two peoples’ is in no way an option, but two separate states, a Jewish state and a Palestinian one.

“My main concern during negotiations is the security of Israel. I met recently with a Jew from an Arab country, who told me that ‘one state for Jews and Arabs together will take us back to the very bad situation we had to flee from.”

So it was a great opportunity during the Q&A session, open to the audience, to present our “burning” question:

I introduced myself as President of the Association of the Jews of Egypt  and as a member of the WJC General Assembly.

“In September 2012,” I said, “the WJC brought the Jewish Refugees issue to the United Nations opening session, asking for recognition of the million Jewish Refugees from Arab Countries. But as we say, “Charity begins at home”, and no doubt the Jewish refugees issue is a good tool during negotiations, and as a “balance” to the Palestinian refugee problem. So my question to you is: do you remember us ?”

“The answer is yes, ” said Livni, “but – the Palestinian refugee problem has no connection with the Arab countries.”

This was Tzipi Livni’s answer, short and clear. “There is no connection between the Palestinian refugees and the Arab countries.”

(“The other two guest speakers were MK Isaac Herzog and Minister Naftali Bennett, hosted by Shella Safra, WJC Treasurer. In his speech, Minister Bennett brought the Hizbollah as an example. He said: “the Hizbollah are fighting us, although they have no demands for land. Their only reason is: they do not want us here at all”.) 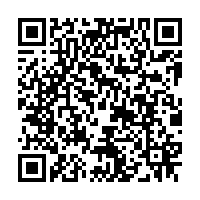