Religious Zionism chairman Bezalel Smotrich on Friday posted on Facebook that “forming a government that relies on Ra’am and Mansour Abbas will be a catastrophe and a cry for the generations, and we will not allow such a government to be established.”

“I will explain in detail,” Smotrich wrote, “but first, in order to understand who Mansour Abbas is and what the Ra’am party is, please watch this speech that was carried by Abbas four days ago in Arabic, to members of Ra’am. It is reminiscent of Yasser Arafat, who gave peace-loving speeches in English, and war-mongering speeches in Arabic.”

Smotrich continued (I abbreviated the text to fit this format, the original post can be found here): Abbas was and remains a supporter of terrorism who goes pilgrimages to embrace terrorists who murdered Jews. He does not accept the right of the Jews to exist as a people in their land in a Jewish state and continues to adhere to the Palestinian narrative, which simply contradicts the Jewish one.

He sees himself as part of the Palestinian people, the establishment of the State of Israel to him is a Nakba (catastrophe), and he does not for a moment intend to give up on this narrative. Even in his honey-dripping speech on Thursday, Abbas did not recognize Israel as a Jewish state, and demanded the recognition of “both narratives,” and in fact tried, in the well-known Arab salami method, to turn Israel into a bi-national state. A state of all its nationalities. The opposite of the Jewish state.

His “renunciation” of violence—universal, symmetrical, and bilateral—is simply tactical, because he has just identified an opportunity to reach the familiar goal of eliminating the Zionist project using kind methods. If this feels like a Déjà vu of Arafat’s terminology during Oslo, you are probably not wrong. This is how the speech was interpreted by anyone who understands the Islamic movement, its perceptions, goals, and working methods.

Giving legitimacy to such a perception and making Ra’am a legitimate partner in the coalition undermines the most basic principles of Zionism. Attempts to launder the Islamic Movement by certain elements on the right (Netanyahu – DI) reflect blindness and an irresponsible and dangerous short-sightedness that will lead to the loss of right-wing rule for the next decades and the end of the Jewish state. No less.

The rule of the right is based on a basic convention since the establishment of the state, that as long as the Arab parties deny that Israel is a Jewish state and support the terrorism of our enemies, are not a legitimate partner in establishing a government and making national decisions, neither actively nor by abstaining.

There was an exception to this rule during the Oslo government, and, unfortunately, we continue to experience the disastrous results of Rabin’s minority government to this day. To function, a government requires a Knesset majority (to pass a budget, etc.) and consequently would need the active cooperation of Ra’am. It means making them legitimate partners even though they do not abandon their national aspirations. During the Oslo Accords, the left surrendered to this dangerous embrace. Now in the role of village idiots belongs to blind segments on the right.

Abbas’s desire to join Netanyahu today is temporary and stems from his tough rivalry with the Joint Arab List. But in the future, the Arabs, who will become legitimate partners under the auspices of the right, will probably join the left. The reason is simple: the right offers them only the civic level while the left offers both the civic and the national levels.

The unification of the Arabs with the Jewish left will lead to left-wing rule for decades. Such left-Arab rule would cause irreversible damage to the Jewish state and may, God forbid, make it the state of all its citizens and even of all its nationalities. The right’s reliance on Abbas is a crime, which may lead to a few more years of Netanyahu’s rule, but immediately afterward, the government will move to a left-Arab partnership for many years—a disaster for the State of Israel. That left-Arab rule will destroy the principles of the Jewish state, and, God forbid, turn the State of Israel into a state of all its citizens and all its nationalities within the borders that the late Abba Even called “the Auschwitz borders.”

Moreover, a government based on Abbas’s support may maintain Netanyahu’s rule, but will not be a right-wing government. We have to be naive, not to say stupid, to think that Abbas would allow our planned reforms of the justice system, the settlement regulation in Judea and Samaria, the removal of illegal migrant infiltrators, etc. At most, it will be a stalemate government in which Abbas will -play the role of Ehud Barak, Tzipi Livni, or Moshe Kahlon, the excuse Netanyahu needs to block any real right-wing move.

I yearn for the day when the Arabs of Israel will grow a movement that abandons the hope of realizing national aspirations in the Land of Israel and seeks instead to live in a private civic partnership in a Jewish state. Such a movement will not need an Arab party but will naturally integrate with the general Israeli parties, just as the Druze community is integrated into all parties in the Israeli political spectrum.

Ra’am is light-years away from that dream. And while Arab society today has sprouted many buds leading towards this utopia, Netanyahu’s embrace of Mansour Abbas would cut them down and be a slap in the faces of the brave Arabs who believe in them.

Smotrich concluded: So, what are we to do? Very simple, we must make a supreme effort to bring Bennett and Saar to the national camp government as key partners who will lead a real right-wing policy under Netanyahu—who will also have to pay a high price for their cooperation. But this will be a real right-wing government that will keep the promises of all right-wing parties to their electorate. A government that will strengthen Jewish identity, develop the settlements, restore governance and sovereignty in the Negev and the Galilee, fix the justice system, evict the illegal migrant infiltrators and rehabilitate the neighborhoods in south Tel Aviv, carry out the necessary economic reforms, and more and more.

Say what you will about Bezalel Smotrich, the man is a great dreamer. And this time around, the math is in his favor. 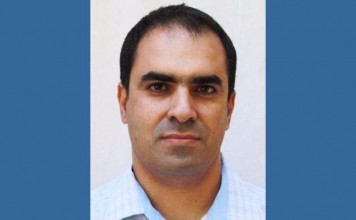