Exactly one week before the 24th Knesset elections and in the latest three weighted polls—Channels 12 and 20, and 103FM—the Likud, led by Benjamin Netanyahu, is expected to receive 30 seats, unchanged from last week; Yesh Atid, led by Yair Lapid, continues to climb, and has 21 seats, an increase of one seat from the previous round of polls and a total increase of three seats in the last two weeks; and Yamina, led by Naftali Bennett, retains its 12 seats.

The downward slide of New Hope, led by Gideon Sa’ar, has apparently stopped, and it is getting 11 seats. It’s not even close to the 20+ seats it received at the beginning of its journey in late 2020, but it’s also not the nightmare scenario of some polls a week ago which expected it to receive only 9 seats.


The Joint Arab List stands at eight seats and may get even less because its poor poll showings will likely cause disappointed Arab voters to stay home or prefer other parties.

Yisrael Beiteinu remains unchanged from last week with eight seats, which appears to be a firm ceiling above which its chairman, Avigdor Liberman, cannot climb.

The parties that do not pass the threshold percentage are Meretz (far left) and Ra’am (Islamic Movement), but both are very close to the threshold, or, as American broadcasters are so fond of saying – too close to call.

The Netanyahu bloc is strengthening and rising to 50 seats without Yamina, and if Bennett chooses to join then Netanyahu will have a coalition of 62 seats. Incidentally, in a 62-seat coalition the ability of Itamar Ben Gvir to exact all kinds of concessions from Netanyahu, or else, would be reduced significantly. On the other hand, Yamina’s cost would hit the sky.

This probably means that national right-wing voters who want to keep Netanyahu as a right-wing prime minister (that is, to ensure that he does bring in left-wing parties as he did in the past with Yair Lapid, Ehud Barak, and Tzipi Livni), will be forced to vote for Yamina – even though on issues unrelated to security and the settlements, Yamina’s agenda is not encouraging when it comes individual freedoms in a democratic state.

Also, of course, the bloc to replace Netanyahu has weakened and stands at only 58 seats. Yair Lapid’s hopes are dashed and he will spend yet another term as head of the opposition.

So far the dry numbers.

But the reality may be much more complex on Tuesday night (or on Wednesday or Thursday, because the Knesset Election Commission has significantly increased the number of polling stations in favor of Corona patients and voters who are in isolation at home or quarantine hotels – and as a result, it will take much longer to count the votes in this election).

The problem has to do with a gap of half a percent or one percent that could raise or lower several parties above and below the threshold – which is 3.25% of the overall vote. It’s not a set figure, it is based on the actual number of votes cast this Tuesday. A high turnout will mean radically different results from a low turnout.

Blue&White voters may decide on election day that they would rather give their vote to the bigger and safer Yesh Atid.

Religious Zionist voters who are not in love with Naftali Bennett and Ayelet Shaked may still decide that they prefer the stability of Yamina. They may also decide that they are not willing to support Ben Gvir, especially if he manages to shock the public with yet another blunt statement that would scare away Smotrich’s voters (Smotrich as well, but that’s a separate issue).

And Labor voters may act on their sentimental motives when they stand before the voting box and see Meretz’s ballot, and refuse to let it disappear from the political map.

What happens when these possibilities connect to coalition-building efforts?

Total right-wing: Likud, the Haredim, Yamina, and Religious Zionism. Netanyahu calls on Bennett to complete his minyan to 62, Bennett names his high price (we hope) and there’s a stable coalition that remains in power until 2025.

The brothers in arms (named after the alliance between Lapid and Bennett in the 2013 Netanyahu government): this is the coalition that all the “anyone but Bibi” folks dream about. It will stretch from Yamina to Labor and include New Hope, Blue&White, Yesh Atid, and Israel Beiteinu.

Its most important outcome would be that Netanyahu would really lose his power after many years. The most notable disadvantage of this composition is that Yamina would be forced to sit together with parties with a clear hostile agenda regarding the settlement enterprise, and support for a two-state solution.

At the moment, such a coalition does not seem feasible, unless the Likud suffers a historic catastrophe on Tuesday and falls far below 30 seats. In such a case, it must be assumed that Meretz and Ra’am will pass the vote threshold and that the brothers in arms coalition will be the only way to prevent a fifth election round.

Brothers in arms and Haredim: this is probably the alternative that Bennett would consider seriously – without Netanyahu, with right-wing dominance, featuring Yamina, New Hope, Shas, United Torah Judaism, on the right, along with Yesh Atid and Blue&White at center-left.

Such a coalition could also include a new brotherhood in arms, between the Haredi parties and Ra’am, which is also a religious, conservative party. In such a case, Ra’am could even gain a government portfolio, or, alternatively, enjoy all sorts of benefits as an outside supporter of the coalition.

All of which shows that one week before the election everything is still completely open.

Israel is About to be Transformed – Don’t Miss it! 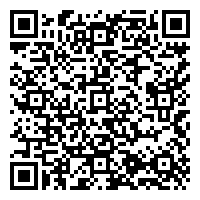