For generations it was received wisdom in foreign policy circles that the United States was hated because we supported tyrants who repressed the “will of the people”. The point of reception was originally the propaganda desks of Moscow.

The theme was picked up and expanded on by every scribbler who hoped that if the British-backed monarchies of the Middle East fell, they would be replaced by proper Socialist republics. The kings fell, but were replaced by army officers who built their own wacky versions of Socialism. Some versions, like Gaddafi’s, were wackier than others. Most were just banana republics.Despite their persecution of Communists and assorted domestic leftists, these Socialist republics had no difficulty allying with the Soviet Union. And at no point in time, at least not until the fall of the USSR, did the foreign policy experts suggest that the Soviet Union was in danger of alienating the Arab Street by supporting tyrants.But when it came to the United States and the Shah of Iran that was a major concern. It was also a major concern when the Egyptian Arab Socialist government switched from the Soviet camp to the American camp. That “concern” under Obama culminated in the overthrow of Mubarak, and a number of other allied governments tossed aside to make way for the Islamist will of the people.


And now, after Obama’s Cairo speech, which singlehandedly brought peace to the region, if by peace you mean a state of permanent protest, looting and rioting, Tahrir Square is full of signs denouncing Morsi, the Muslim Brotherhood member who won a democratic election, as an American puppet.

Why do they hate America? The fact that we have an entire class of people dedicated to answering such a stupid question is a testament to our insularity and the utter ignorance of our leadership. The fact that they repeatedly get the answer wrong is even more stunning. It’s a question that any average person could have answered a few generations ago. They hate us because we’re foreigners. Not only are we foreigners, but we’re rich, powerful foreigners who repeatedly get involved in their politics.

That isn’t to say that we don’t have legitimate interests in Egypt. Legitimate to us, at any rate. But being loved is not one of those interests. Or at least not a realistic interest at any rate. Obama’s love nation building program in the Arab Spring was even more doomed than Bush’s attempt to bring good government to Iraq. It would be easier to fix corruption in the Muslim World than to make them love us.

The hatred, resentment and conspiracy theories are in their own way a compliment. The other side assumes that we are rational actors. That we manipulate their governments and societies for our own strategic, political and economic interests. That is what they try to do to us through organizations such as the Muslim Brotherhood. 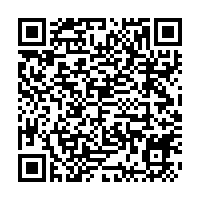