A bombshell report published by The Jerusalem Post revealed this week that in fact, former US President Donald Trump did authorize the Jewish State to extend its sovereignty to Israeli communities in Judea and Samaria prior to the rollout of his ‘Vision for Peace.’

The report debunks a claim by the president’s son-in-law and senior White House aide, Jared Kushner, who claims an entirely different narrative of these events in his upcoming book, “Breaking History: A White House Memoir.”

The Jerusalem Post, however, quotes a three-page letter obtained exclusively Sunday by the news outlet that was written by Trump to then-Prime Minister Benjamin Netanyahu on January 26, 2020, two days prior to the presentation of his Middle East peace plan.

In his letter, the US president asked Israel to adopt “the policies outlined in… the Vision regarding those territories of the West Bank identified as becoming part of a future Palestinian state.”

In return, the US would recognize Israeli sovereignty over its communities in Judea and Samaria, Trump wrote.

“In exchange for Israel implementing these policies and formally adopting detailed territorial plans not inconsistent with the Conceptual Map attached to my Vision – the United States will recognize Israeli sovereignty in those areas of the West Bank that my vision contemplates as being part of Israel,” the letter said.

The catch: no specific timeline for recognition of Israeli sovereignty over its Judea and Samaria communities was included in that letter.

A spokesperson for Netanyahu told The Jerusalem Post the prime minister replied at the time that Israel would move ahead with sovereignty plans “in the coming days.”

In his book, Kushner claims that former US Ambassador to Israel David Friedman went rogue and “assured Bibi that he would get the White House to support annexation more immediately. . . He had not conveyed this to me or anyone on my team.”

In Friedman’s book, “Sledgehammer,” he categorically states that both he and Kushner together discussed the agreement with Netanyahu prior to the launch of the plan.

On page 186, Friedman writes, “Jared and I realized it was now or never to launch the Vision for Peace. We first approached Netanyahu. He fully understood the timing and the risk that this opportunity would slip away. He also understood the political risk. As we were exploring alternatives, he asked whether the United States would approve Israeli sovereignty over the territory within Judea and Samaria that was earmarked for Israel under the plan – an expanse of about 30 percent of Judea and Samaria including all the existing Jewish communities, some territory for expansion, and the Jordan Valley. Jared asked what he would commit to in exchange. Bibi initially wasn’t sure. I suggested that in exchange for the United States recognizing Israeli sovereignty, the prime minister would need to commit to negotiating the plan with the Palestinians in good faith for a period of, say, four years, and to refrain from any building construction during that period on the land earmarked for the Palestinians.

“I thought this moratorium, not within Jewish communities but elsewhere within the territory, was the essential piece to the puzzle – it enabled use to say to the Palestinians that they had four years to negotiate this deal without fear that their position would erode further; in essence, that they weren’t being jammed. We kicked it around for a while and Bibi agreed that he would support the plan, even prior to elections, based upon the revised terms.”

Benny Gantz, who was running for prime minister at the time, likewise agreed, Friedman said, since “Gantz saw that this was moving forward and he did not want this to be seen as Trump siding with Netanyahu over him.”

However, Friedman also describes a deal made between Gantz and Trump the day before the rollout – the day after the president wrote his letter to Netanyahu – that restricted any declaration of sovereignty prior to the impending Israeli elections.

Gantz deliberately stymied Netanyahu’s bid for an immediate declaration of sovereignty in his bid to level the playing field ahead of Israeli elections.

On page 192, Friedman writes: “On the twenty-seventh, the day before the announcement ceremony, we had the Oval Office meeting with Gantz. It was great – cordial, friendly, and substantive. Gantz told the president that he totally supported the plan and that if he was elected prime minister, he would use it to make peace. He added one thing that caught me by surprise. He asked the president not to let Bibi declare sovereignty before the March 2 election. The president nodded in agreement.”

A Trump administration source closely involved with the president’s letter told The Jerusalem Post that “it was a key part of Israel’s acceptance of the Vision for Peace as the framework for negotiations [with the Palestinians] for America to accept sovereignty up front, as per the mapping process and the plan, and for all the Jewish communities in Judea and Samaria and the Jordan Valley to be included. It was very clear that this was an essential element.”

Friedman went on to write (p. 194) that “We didn’t understand at the time that while most of the territory subject to a sovereignty declaration under the Vision for Peace required much more detailed mapping before sovereignty could be effectuated by Israel, that was not true of the Jordan Valley, a large swathe of land along the border with Jordan, which apparently had already been fully mapped out by the Israelis. An immediate declaration of sovereignty over the Jordan Valley gave us no room whatsoever for diplomacy. We would strike out before ever coming up to bat.”

Sure enough, on rollout day Friedman got a call from an outraged Kushner while speaking to a group of faith leaders about the Vision that had just been announced.

“As soon as I said hello, Jared jumped down my throat: ‘Did you know that Bibi is annexing the freaking Jordan Valley today?’”

Friedman responded that he did not. He and Kushner met a short time later with the Israeli contingent at Blair House.

“It was a difficult and unpleasant meeting,” he writes on page 195, “the first of its kind in more than three years. . . Netanyahu said emphatically that we had a deal for immediate sovereignty. Jared responded that he thought the mapping process was a first step, which would take some time. He added that the president said he would recognize sovereignty ‘after the completion of the mapping process.’ To which Netanyahu responded that no mapping was necessary for the Jordan Valley. To which Jared responded, ‘We never discussed that.’”

The Jerusalem Post points out that the speeches of the leaders at the rollout ceremony in the East Room of the White House on January 28, 2020, likewise, confirmed the deal struck by the president two days earlier.

“The United States will recognize Israeli sovereignty over the territory that my Vision provides to be part of the State of Israel. Very important,” Trump said in his speech – which Kushner said he had read and reviewed with the president prior to its delivery. (Ed. note: As in the letter, a specific timeline is carefully avoided.)

Israel and the US would work together, said Trump, “to convert the conceptual map into a more detailed and calibrated rendering so that recognition can be immediately achieved.

“We will also work to create a contiguous territory within the future Palestinian state for when the conditions of statehood are met, including the firm rejection of terrorism,” he said.

Netanyahu said after the ceremony that he would bring extension of Israeli sovereignty over parts of Judea and Samaria to a cabinet vote the following week. Friedman told reporters Israel could begin working towards annexation the moment it completed its internal process.

These statements came as a “surprise,” said Kushner, who also failed to mention in his book that in their meeting and in his speech, Netanyahu had conceded to the establishment of a Palestinian state and agreed to ban Israeli construction in areas earmarked for that state in the Vision map.

Instead, Kushner writes in his book about the “struggle to convince Bibi, a master negotiator, to agree to a compromise that would give tangible life improvements to the Palestinians.”

In his January 26, 2020 letter, Trump wrote that “many in the Arab world have come to recognize that Israel is not their enemy, but rather an essential ally in deterring Iran’s aggression…I believe that because of the strong relationships my Administration has forged with you and with many Arab leaders, the United States today is in a unique position to help move Israel and the region toward a broader peace,” The Jerusalem Post reported.

““My vision respects historic claims, preserved the status quo with respect to the Temple Mount/Haram Al-Sharif, and allows Jews, Christians and Muslims throughout the world to know that their heritage in Jerusalem is safeguarded and that all who want to come to pray in Jerusalem in a respectful manner are welcome,” Trump wrote.

The president also noted there is a “false, but widespread perception that Muslims are not welcome to pray at their Holy Sites in Jerusalem,” and that his plan would “reassur[e] the Muslim world that those who practice Islam can access the Al-Aqsa Mosque for peaceful prayer.”

In addition, the president said the US would work to combat the “absurd claims” by the Palestinian Authority against Israel at the International Criminal Court in The Hague.

In his recently published book, “In The Path Of Abraham” Trump’s Special Representative for International Negotiations, Jason Greenblatt puts to rest the international claim that the Palestinian Authority is entitled to half of Jerusalem.

On page 225 of his book, Greenblatt writes: “As for East Jerusalem, interestingly enough, around the time President Trump actually moved the embassy, I asked perhaps one of the most knowledgeable members of the career staff in the State Department to locate the document that “recognized” East Jerusalem as Palestinian. I realized in all my time at the White House, I never saw any source for why people took the position that East Jerusalem belonged to the Palestinians. When I asked, my colleague shifted uncomfortably in his seat and replied that he would investigate the matter. Days passed without any document to satisfy my query or my increasingly piqued curiosity. Finally, I asked again, and the somewhat sheepish reply I received was both troubling in its way, but in retrospect, not all that surprising. As it turned out, there was no such document. ‘It’s just something everybody says,’ the embarrassed staffer told me. ‘It’s just come to be accepted.’” 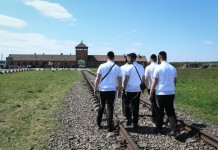 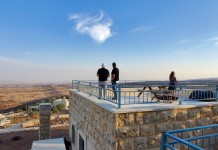 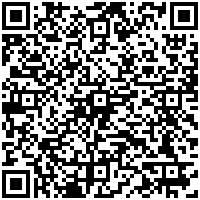