When Trump campaign manager Kellyanne Conway said yesterday that the president-elect had been talking privately about moving the American embassy from Tel Aviv to Jerusalem in the weeks since the election, a long-dormant issue sprang to life. Can Donald Trump get away with altering a longstanding U.S. policy by recognizing at least the partial sovereignty of Israel over Jerusalem, a change the foreign policy establishment has told us would lead a cataclysm?


After watching Trump break every rule of American politics this year and then shock the international community after his victory by tossing aside the “One China” policy that had governed U.S. relations with the Far East since 1972, why would anyone doubt that he would be willing to do the same on Jerusalem? One of Trump’s chief drawbacks is his ignorance of complicated policy issues and his lack of respect for those who know more than he does. But even his critics have to admit that one of his strengths is his ability to view such topics from outside of the boxes in which those professionals have imprisoned themselves.

To Trump, if something doesn’t make sense to a layman, then maybe it’s not such a great idea. “One China” is a complicated formula that tacitly recognizes Beijing’s sovereignty over Taiwan while still supporting the island’s independence. But as far as he is concerned, America’s stance on the issue is just one more bargaining chip to be thrown into the pot in negotiations, not the religious obligation more experienced hands act like it is.

The same is true of Jerusalem. The refusal to move the embassy is a relic of the 1947 United Nations partition agreement in which the holy city was treated as an international zone—not allocated to either the putative Jewish state that became Israel or the Arab state the Muslim world rejected. Israel’s War of Independence ended with the city divided between parts controlled by the Jews and areas illegally occupied by Jordan (including the Jewish Quarter of the Old City, whose inhabitants were thrown out of their homes and their synagogues all destroyed). The western sector controlled by Israel was named its capital, but no nation recognized that designation or Israeli sovereignty over any part of the city. That didn’t change even after June 1967, when the city was reunited after the Six Day War.

The assumption of those promoting a two-state solution is that the Arab neighborhoods of Jerusalem would serve as the capital of the Palestinian state that would be created as part of a peace settlement. We don’t know whether the Palestinians will ever take yes for an answer and accept a peace that would recognize the legitimacy of a Jewish state no matter where its borders are drawn. But no reasonable person can dispute that Israel will always keep Western Jerusalem and those Jewish neighborhoods that were built after 1967. The city is the country’s capital, and always will be.

To a Middle East novice like Trump, recognizing this is just common sense. But for the foreign policy establishment, doing so would be a grave mistake. It would prejudge the outcome of peace negotiations, their thinking goes, and would result in violent riots throughout the Arab and Muslim world with unforeseen consequences. Yet Trump, with his outsider’s viewpoint, may get that these dire predictions are self-fulfilling prophecies, and trap the U.S. in a policy that perpetuates the conflict rather than moving towards a solution. If peace is to be achieved, the Palestinians and their supporters must accept that the Jewish presence in Jerusalem will never be reversed or its history erased (as the Palestinians have sought to do in various United Nations resolutions that designate the Temple Mount and the Western Wall as exclusively Muslim shrines).

It would be foolish to pretend that an embassy move would not cause problems or lead to riots ginned up by Islamists who hate the U.S. as much as they do Israel. But the world will not come to an end if the U.S. sends a signal to the world Washington has finally understood that the conventional wisdom about Jerusalem has done more to encourage Palestinian intransigence than it has to promote a solution. The new embassy would also not preclude a two-state solution or make it harder to achieve assuming the Palestinians wanted peace since all it would do is to make it easier for U.S. diplomats to travel between their new offices (at an empty site owned by the U.S. that has been designated for that purpose for decades) and Israeli government institutions they deal with.

On Jerusalem and One China, Trump may not be playing by the existing diplomatic rules. But it’s time for even those who doubted his fitness for the presidency to admit that those rules don’t always make sense and changing them might do more good than harm. 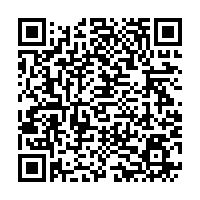