Residents of Amona debated for hours on Wednesday whether or not to accept the deal offered to them by the government of Israel.

The deal offers them a new and larger location on the same mountain, in exchange for agreeing to a peaceful self-evacuation of their town. The Israeli Supreme Court ruled that the entire town of Amona must be destroyed this month, after accepting the claim that a small section of the town’s land is owned by Arabs.


58 of the 83 residents voted against the deal, according to TPS.

In a statement released by the Amona residents, they explained they were unhappy that the resettlement plan would only be implemented in stages, as the new location doesn’t even exist yet.

They made it clear they wouldn’t be against the relocation deal — if the government were willing to implement it properly, by first building their replacement homes and infrastructure before evacuating them from their current homes.

The current plan calls for moving the residents of Amona into “temporary” housing for five weeks, though the deal allowed for the government to extend those five weeks in case of implementation problems.

They believe that government will not be able to implement its end of the deal, and in fact, is not even guaranteeing it will be able to.

Considering that in 2005, residents of Gush Katif found themselves living in temporary housing for years after the government expelled them out of their legally purchased homes, it’s a reasonable observation and request.

There are some 1500 activists in the area preparing to resist any evacuation attempts, while police are setting up in preparation to evacuate everyone by December 25th, if the government can’t get an extension from the Supreme Court. 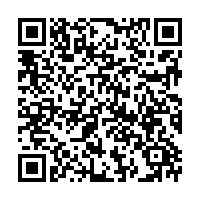