Over the last year Palestinian authorities have spent a great deal of time calling for a unilateral declaration of a Palestinian state while refusing to resume peace negotiations with Israel. Although they garnered political support for this in the UN General Assembly in September 2011, a new report from the World Bank, from April 2012, and made public in July 2012, indicates that the efforts of the Palestinians and their supporters would have been more usefully employed in thinking about the economic viability of such a future state.

The conclusion of this sobering report, which contradicts the more optimistic picture of the Palestinian economy presented by the IMF in 2011, is that although the Palestinian Authority [PA], the official representative group established in 1994, has made steady progress in many areas towards establishing the institutions required by a future state, the economy is currently not strong enough to support such a country. The report is a bitter commentary on the the Palestinian economy — especially compared to the economies of Israel and even Jordan — currently in a self-inflicted decline induced by the violence it brought on itself by launching the Second Intifada in September 2000.

The crucial problem according to the report is that the Palestinian economy has become increasingly dependent on foreign aid to drive its growth, a means of generating income that is insufficient for economic sustainability. Foreign aid has given the Palestinians billions of dollars — by 2008 about 56% of GDP. This led to a GDP growth of 7.7% between 2007 and 2011; in some years its growth even reached 9% a year.

But that growth is artificial and is not sustainable for three reasons. Foreign donations have funded government expenditures and been largely in the area of government services, real estate, and other non-tradable sectors. The productive sectors have declined in importance: there has been a decrease in manufacturing, down from 13% to 10%, and in agriculture from 9% to 6%.

The inflow of foreign aid in 2007 led to some improvement in GDP in the West Bank. Gaza experienced growth because of the foreign aid and the expansion of trade through tunnels from Egypt. However, the Palestinians now face a crisis because important donor countries have so far not sent aid or have sent less aid in 2012. The PA now has a deficit of $1.5 billion in its budget of about $4 billion, and a cash shortfall of $500 million. It has been promised $100 million from Saudi Arabia which is insufficient to end the crisis.

Those who admired the second Intifada, heralded by Yasser Arafat but which generated violence for over two years and halted progress to peace negotiations, will now realize that it was a disaster, a severe blow to the Palestinian economy. The violence only resulted in the West Bank and Gaza suffering a severe economic contraction. Between 1999 and 2002, real GDP fell by 27%. In 2007 real per capita GDP was 23% below the 1999 level. Industry, agriculture, tourism, and some other services declined. Public administration, defense, and public services such as health and education grew from 20% of GDP to more than 27%.

This necessary dynamism is lacking. The Palestinian private sector is overwhelmingly dominated by small family-owned businesses. The high cost of doing business lowers competitiveness. The Palestinian businesses mostly focus on the local market. In addition, relatively high wages, compared to other countries such as Turkey and India, high transportation costs, and low level of innovation also reduce competitiveness.

Yet, even with significant growth, it is unlikely that the PA can support an administration of its current size. It must reduce costs, raise revenues, and move to fiscal sustainability. Politically, the report recognizes that investment would be increased if a peace agreement were reached between the Palestinians and Israel.

The Palestinian economy over the last decade has been characterized by high levels of unemployment and underemployment, some of the highest rates in the world. These have varied between 20% and 30%. Those rates are accompanied by low levels of labor force participation, about 41%. Even more troubling has been the decline in youth employment and economic participation, and the extremely low level of female labor participation. In 2010 youth unemployment in general was about 34%, and 53% in Gaza. During the last decade, the rate for women participating in the labor force was below 16%. The result of this high unemployment and the decline in private sector wages relative to government wages, has led to high levels of poverty: in 2009 it was 22% in the West Bank and 33% in Gaza. 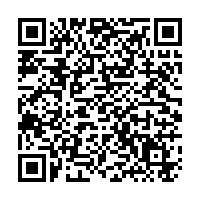