This exchange was extremely significant. Blitzer apparently thinks that the purpose of diplomacy is to avoid conflict. Zakaria knew that the world is run by power politics. I think that’s the view of post-Cold War naivety–that the post-Cold War conflict resolution model is dominant in the West (Blitzer), although he was clearly discussing wishful thinking–and yet, realpolitik, conquest, and armed force is dominant among people of Third-World origin or citizenship.


Another example last week was South Korea willing to go to war with China if necessary over a submerged rock on their sea border.

On a different level, another example comes to mind. I asked one of my American students who was studying intensive Arabic in an Arabic capital how it was going. His response:

“Fine, except when I had a problem.”

“My roommate was a leader of the Muslim Brotherhood. He asked if I could come back later because he hadn’t finished torturing another student.” That was not a joke!

I think people have forgotten: before countries and great powers dealt with the medical systems and making foreigners instant citizens, they dealt with survival and identity. States dealt with stability, conquest, and defense.

Once upon a time, this behavior was taken for granted. England could fight war for territory against Holland or France. Nowadays, the purpose of Dutch foreign policy is to give out money to Sudan or Yemen.

Nowadays, no EU or North American powers play that way.

The settlement of European disputes, the Cold War, exhaustion, the decision that seeking territorial hegemony was not worthwhile or possible was generally good.

Unfortunately, not everywhere is like central Europe in this sense. In fact, there is–one might say–Dar al-Harb (region of war) and Dar al-Salaam (region of peace). Or to put it another way, there is a place where realpolitik still prevails and a place where it doesn’t.

And the Dar-al Harb must at every moment prove that it is unbiased, leaning over backward to be fair, blinding its eyes, ignoring massacres or violent (Islamist) ideologies, all while it is cutting off the head of a soldier in London, committing an assassination in Amsterdam, detonating a bomb at the Boston Marathon, or murdering several thousand people at the tallest building in the country (World Trade Center, and being rewarded by a building permit for a mosque).

But in a sense, that is appropriate, because these are respectively Dar al-Harb and a Dar al-Salaam.

What is Dar al-Harb? (I refer to the doctrine of Islamism, but this after all a legitimate one that must be justified if it is not enacted). It is a place where many methods of war, violence, and tyranny must be justified if not used. These states must be expanded and their religion spread further.

Of course, it can be put this way: Everything is fair between Christians and Jews; nothing is fair against Arabs who weren’t hostile to the West–which makes sense. But what makes no sense is Obama’s empowerment and support of hostile Islamist, Iranian, and Turkish states and terrorist groups.

In other words, because Islam and expansionist conflict–including aggressive realpolitik–is so totally legitimate, inter-group, inter-state, inter-ethnic conflict is legitimate, as in the Syrian civil war.

They are limited in promoting too much liberty. These governments operate under extreme restrictions. They cannot be seen to support Israel publicly; they cannot be seen to support Christians, Europe, or defending real democracy or certain economic systems. The Egyptian government has to be careful to not be seen supporting the Copts too much. They are restricted from doing things for their own prosperity, for their own defense.

Mattis and Israel – Not a Love Story 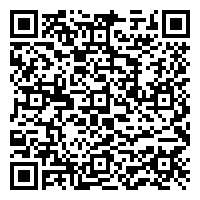