It pains me to say this. Unfortunately as time goes on I see that it is more and more the case. The vast majority of Charedim in Israel are clueless. And therefore soldiers of war in the fight against what they see to be the Godless world outside of Torah. They have no clue about what the reality of the outside world is. They live in a world of assumptions dictated to them by a very small group of rabbinic leaders that they view as virtually infallible.

Of course they will deny that these leaders are infallible and readily admit that they can – and have in the past – made mistakes. But that does not shake their devout devotion to every single word they say. So that the world they now live in – difficult as it may be – is the only option they see. It doesn’t matter how convincing an argument might be about reality. When a man who is perceived as a Gadol – let alone the Gadol HaDor – speaks, it may as well be God Himself speaking.


Any arguments to the contrary are seen as an insult to the Gadol, to God, and to His Torah. So, whether it is in matters of belief or matters of lifestyle whatever they say, goes.

This was once again made clear to me after viewing the video below. It is an interview with Machon Shilo head, Rabbi David Bar-Hayim. I don’t really know this man or his politics, but I believe he is right on the money on this issue.

The question was asked about how someone like Rabbi Yona Metzger could have attained the position of Chier Rabbi of the State of Israel. As most people by now know, Rabbi Metzger has been arrested for fraud and theft of millions of shekels.

The fact is that Rabbi Metzger’s less than honorable reputation was known long before he ran for that position. Ample examples of his shenanigans abound. One of which is clearly described in the video.

And yet he won the election because of the kind of loyatly Charedim have to Rav Elyashiv. Rav Elyashiv chose Metzger because he promised to do away with the Chief Rabbinate’s automatic endorsement of the Heter Mechira. (That permits farmers to continue farming their land during the Shemita year – the biblically mandated 7th year sabbatical of Israeli land which is to remain fallow during that year). That rumors persisted about Rabbi Metzger’s character (as per Rabbi Bar-Hayim) was of no concern to Rav Elyashiv. Not that he had any respect for the Rabbinate. He abandoned that institution years ago – resigning as a Dayan (judge) on matters of principle.

His goal was to eliminate that long established legal loophole. He believed that this loophole was completely invalid and wanted to abolish it. Rabbi Metzger was only too happy to comply.

So the respected Dati Leumi candidate, Rav Yaakov Ariel who would have continued the Rabbinate approval of the Heter Mechira – lost. And the results now – ten years later – are a huge embarrassment to the Jewish people.

I am not questioning Rav Elyashiv’s Psak on the Heter Mechira. I am questioning the apparent lack of concern about all other considerations in the choice of a candidate… that his only concern was destroying the Heter Mechira.  There was no thought given to the consequences that may occur if such a man is placed in such a prominent position. Indeed the consequences were disastrous. And yet Rav Elyashiv’s words were considered Daas Torah – and tantamount to the word of God Himself! What is wrong with this picture?! 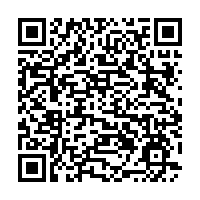