A Jewish synagogue in London has decided to convert part of its buildings to housing for families who have resettled in the UK recently from Syria, the BBC in Arabic reported.

The South London Liberal Synagogue, in a former school in Streatham, is planning to convert an empty two-bedroom apartment where the building’s custodian used to live, and give it to one of the Syrian families being resettled in London’s borough of Lambeth. The synagogue hopes to raise about $65,000 to carry out the renovation.


“This is a very personal issue for a lot of our members,” Alice Alphandary, the synagogue chairperson, told the Guardian. “There is a sense that we as Jews have benefited from sanctuary in the past. For example, my father was a refugee in the 1950s. Now we want to repay that welcome to a new generation.”

The initiative will also help to provide housing for additional refugees, in light of the worsening housing crisis in the British capital.

According to the Guardian, the synagogue has 220 adult members. Alphandary said the shelter project is generating enthusiasm among members who usually aren’t so active. “People see it as a great opportunity to make a difference,” she said. 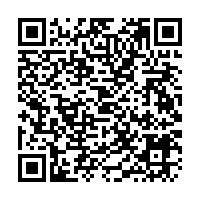