Jerusalem Magistrate Court Judge Samuel Herbst this week rebuked the welfare authorities, Prisoner Reform Authority, and the Probation Service during a hearing on a criminal case against a homeless man, suggesting the above authorities should investigate urgently just how the defendant had reached a state whereby he has no way to eat and drink regularly, Ynet reported Monday.

After hearing the defendant’ testimony about his harsh condition, Judge Herbst took out a 100 shekel bill (roughly $26) and gave it to him, ordering the court clerk that he did it “so he’ll have something to eat.”


The defendant had been indicted on stealing seven beer bottles from a convenience store in Jerusalem while attacking the vendor and threatening him with a knife. He signed a plea bargain with the prosecution to serve 20 months in prison.

When he appeared before Judge Herbst, the defendant said he had been released from jail six months ago and is now living in the streets. “I depend on people’s charity,” he said, adding, “Sometimes I don’t eat or drink. Today I didn’t eat anything. Sometimes, out of despair, I use drugs.”

The defendant also reported that when he approached the various welfare authorities, a few years ago, they said they couldn’t help him. “All my life I’m in the streets,” he said. “I sleep in a sleeping bag in doorways. I can’t sleep like this.”

The judge, who confirmed the plea agreement, also ordered the defendant’s case be sent for an urgent review by the Jerusalem municipality probation, prisoner reform and welfare authorities, as well as the Gilo neighborhood welfare office and the Ministry of Welfare. 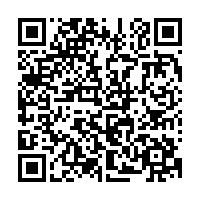