The Temple Mount in Jerusalem has become the focus of much debate both between religions and between different segments within a religion. At its core, the debate is whether the most fervent believers continue to dictate the religious decorum of everyone at the Temple Mount, or whether there is a place for a pluralistic approach to prayer.


The Temple Mount The Temple Mount is a 35 acre platform built by the Jewish King Herod over 2000 years ago. The platform held the second Temple, built around 515BCE until it was destroyed by the Romans in 70CE. The site of the two Temples (the first one lasted from around 954BCE to 586BCE), is considered Judaism’s holiest spot. It is now occupied by the Dome of the Rock, a gilded shrine built by Caliph Abd al-Malik in 691, and later richly adorned in 1561 by Suleiman I into the building we recognize now.

Al Aqsa is the only mosque on the Temple Mount. It is considered the third most holy site in Islam. It was built in its current configuration in 754CE, and sits on the far southern edge of the platform, in an area that did not exist until Herod expanded the platform southward 800 years earlier.

In 1967, the Jordanians and Palestinians attacked Israel again and lost all of the West Bank including the eastern part of Jerusalem. Rather than take full control of the Temple Mount, the Israelis handed religious control of the Temple Mount compound to the Waqf- the Islamic religious order run from Jordan, and assumed security control. The Jordanians continued to prohibit Jews from worshiping anywhere on the Temple Mount, even in areas far removed from the Al Aqsa Mosque, in areas Muslim families used for picnics and football.

Many Jews are unhappy about the ban on Jews worshiping at their holiest spot on earth. People such as Rabbi Yehuda Glick made many arguments to Israeli authorities to loosen the anti-Jewish restrictions. For those efforts, he was shot in October 2014 after acting-President of the Palestinian Authority Mahmoud Abbas, incited his followers to “defend Al Alqsa by whatever means possible”, even though Jews who visited the Temple Mount never entered, nor attempted to enter, the mosque.

Liberal media outfits branded the Jews who sought the right to pray “right-wing extremists”. The New York Times referred to Glick and others as “agitators”. The “agitators” call for equal prayer rights were considered outlandish. The opening paragraphs of a 10/30/14 New York Times article:

“An Israeli-American agitator who has pushed for more Jewish access and rights at a hotly contested religious site in Jerusalem was shot and seriously wounded Wednesday night by an unidentified assailant in an apparent assassination attempt.

The shooting of the activist, Yehuda Glick, compounded fears of further violence in the increasingly polarized holy city, where tensions are already high over fears of a new Palestinian uprising against Israeli occupation.”

Glick was not alone in seeking greater religious rights for people in Jerusalem.

Women of the Wall The “Western Wall” or the “Kotel” is part of the western retaining wall that Herod built to increase the size of Temple Mount. For many centuries, the Kotel was one of the areas closest to Judaism’s holiest site, which Jews could access. While several other spots on the retaining wall were closer to the site of the Jewish Temples, they were either very small, hard to access or considered unsafe. As such, the Western Wall achieved the status of Judaism’s holiest site because Jews could practically use the site for prayers. 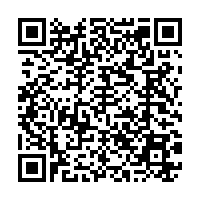