The first urban political machine was named after a fictional Indian saint unrecognized by any church and whose name, when pronounced with a Y at the end, began to strike many as Irish which only further confused the issue.

The godfather of that machine was another fictional saint who became Thomas Jefferson’s vice president after successfully rigging an election using a phony water company that eventually became Chase Bank, was tried for murder after killing the first Secretary of the Treasury, was tried for treason after a conspiracy to make himself King of Mexico and plotted to convince New England to secede from the Union.

You may disapprove of New York’s soda ban or Chicago’s love affair with gun control or Los Angeles’ pandering to illegal aliens; but what happens in New York, Chicago, Los Angeles and the rest of the country’s blighted metropolises no longer stays there. You can live surrounded by ten thousand acres of wilderness on one side and the deep blue sea on the other and it will still find you because the urban political machine has gone national.

The last election was the triumph of the urban political machine. In 2008, Obama ran as a national candidate. In 2012, he ran as the figurehead for the urban political machines and let their voter turnout and voter fraud efforts carry the day. In 2008, he tried inspiring people. In 2012, he ran the same tired campaign run by a hundred corrupt mayors in a hundred cities who know that they can’t lose because the game is rigged and the voters have no choice.

The machine doesn’t care about individuals. It only counts bloc votes. It doesn’t care about making life better for people. Its genius is for finding ways to make life worse because it knows that it has more leverage over people looking for the next meal than over people looking to buy a house in the suburbs. The political machine doesn’t budget; it loots. It breaks the bank, raises taxes, drives out industries and rules over a feudal war zone sharply divided between the rich and the poor.

Reborn in fragmented cities that were multicultural before it was even a word, let alone a buzzword, the machine feeds off misery and conflict. During the 1860s, the machine sent German and Irish immigrants to riot and kill African-Americans to protest the Civil War. During the 1960s, it sent African-American mobs to riot to protest the Vietnam War. The machine does not care about black or white. It only cares about power.

Power, the machine understands, is division. The machine is Machiavellian. It plots out segregated neighborhoods the way that generals deploy battalions. It promotes violence and suspicion and then meets with both sides to offer them a truce. It got big again as the frontier got small and a thousand peoples crowded into overcrowded cities speaking a babble of different languages and knowing nothing except the transplanted micro-communities that they had brought with them.

The machine built on that. It took as their leaders anyone who could deliver a bloc vote. And it traded entitlements for votes. The community leaders became barons, the machine operators became kings and everyone else living in narrow streets, meeting in bursts of gang violence at the boundaries and voting in blocs to keep the other side from getting better access to the goodies offered by the machine, got to be the peasants.

In 2012, tribal politics became national politics. The country was divided and conquered. A campaign run on convincing a dozen separate groups to be afraid of each other and of the majority made all the difference, not in some urban slum, but from sea to shining sea. The country had at last become the city. And considering the state of the city… the state of the union does not look good.

Amnesty for illegal aliens is the natural next step for the machine. The urban machines always wanted their cities to be big. They never cared if the people could feed themselves or if they could feed them. More people meant more votes. More votes meant more money. 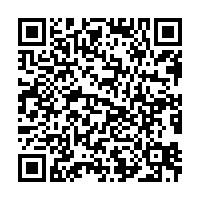