The Rambam adds that they must also accept “tribute and servitude.” One without the other is insufficient. Other commentators who agreed: Sifri, Redak, and Sefer Hachinuch.


The Ra’avad takes a lenient position, although he essentially agrees with the Rambam that we don’t accept resident strangers today. He parts ways from the Rambam regarding non-idolatrous foreigners residing in the land. Even in the absence of accepting the Laws of Noah in the presence of a court of Israel, the Ra’avad would permit their presence. Regardless of how one defines “resident stranger,” Hayovel’s Ministry clearly doesn’t meet the criteria. Nor do the “nochri” or “foreigner” of prophetic verses refer to missionaries. They are not calling out in the name of Hashem. They are calling out in the name of another.

Fallacy # 3: The justification that working with evangelicals is the equivalent of teaching gentiles the truths of yahadut. An oft mentioned sentiment. On the contrary, evangelicals are bringing their beliefs to Israel and planting them in Jewish camps. Furthermore, when they go on field trips across Eretz Yisroel, Hayovel’s own guides are notorious missionaries. So not only are they adversely affecting Jews spiritually, they are also cultivating their own ideological beliefs. The argument that they are being brought closer to Hashem is false.

Fallacy #4: The fundamental problem: The dissemination of the myth that the Hayovel Ministry is not a missionary organization. Medad notes the following:

“What is evident is that the foreigner is not to be rejected outright but to be encouraged to come closer and that as the redemption proceeds, there are various stages and, to me, our task is to begin to realign ourselves and to understand that outright opposition to any and         all relationships is wrong. Vigilance is still required.”

For example, there are those who promote this illogical approach among Christians who  purport to be pro-Israel:

We must come to fully understand that the following of Yeshua is the only true and proper extension of Israel spiritually, fulfilled through His life, sacrifice and resurrection, and that   Christianity is Jewish. As hard as this maybe for Jewish people and even Christians to understand, if they do not accept Messiah, they like everyone else remain under the curse of sin; that current Judaism whether religious or reformed has no hope for Israel spiritually, except to keep them until their appointed time of awakening, which we know must come before Yeshua returns to us…God is not finished with Israel who must come into an awakening and that along with the church, Israel’s priesthood will be re-established when Yeshua returns.

Dangers exist but I still maintain that matters have altered and in fact, the true message of the Bible is being understood by Christians that delve into the realization of the essence of the Prophets in witnessing Israel’s successes today. Jews are not released from the need to be able to refute such illogical theology and I am amazed that many Rabbis opposed to the volunteers are uninterested in educating our youth in this sphere, unlike my own experience.”

My response: By his own admission, those who are hostile have no place in Israel. The problem lies with the consistent refusal to address the plethora of evidence proving Hayovel’s culpability. As such, an admission of theoretical hostile groups is irrelevant. He concludes:

“True, as we witness, not all of the “foreigners,” the non-Jews, those among the pro-Zionist Christians, are of this frame of mind. There are those, perhaps, who are need be encouraged in their process if they so wish, while others, who seek to cause us to stray from our path, must be identified and kept at bay. What is to be recognized and dealt with is that there is the existence of those who ‘come’ which cannot be denied, or, indeed, ignored. And their volunteer work is part of the era of the redemption.”

My Response: If by redemption, he means the coming of the true Jewish Mashiach (a man and not a pagan human deity!), then nothing can be further from truth. Rather than bringing the knowledge of the One true G-d to the world, those who assist Hayovel are endangering Am Yisrael. The ramifications will Heaven Forbid see the tenets of evangelical Christianity make their way into religious Jewish communities. Evangelicals in Hayovel have already adopted the dress, language, and clothing – even tzitzit for men and mitpachot (hair coverings) for women – of their religious neighbors. They engage in Jewish prayers at the crack of dawn, and say the Almighty’s name, even as they remain completely committed to bringing Jesus into the camp of Am Yisrael.

This is nothing less than spiritual warfare. Missionaries have penetrated a barrier that was closed to to them. The religious jew was always shielded from the worst of the missionary efforts. Until now, they never had a foothold into such a closed world. Today, Brother Esau is sleeping in the Jewish camp. He has set up his tents and is ready to break ground and build something permanent. One prominent Rabbi even gave his personal seal of kashrut and welcomed “the hunter” with open arms – all in the name of ”redemption!”

Here I make a personal plea to fellow Jews: Help protect Am Yisrael from this spreading contagion. This is an issue of shmad! This is not a kiruv movement to save Christians as some would define it. On the contrary. Those who are aiding Hayovel are being egregiously impacted upon, since they cannot see what Tommy Waller has already stated outright:

“As we’re working with these people, we’ll be able to share with them this…this Jesus that we know.”

And for those who would argue that Waller and his Hayovel Ministry have undertaken t’shuva, the following video from Hayovel Representative Luke Hilton exposes this. Mind you, this is not from a minor player, but from a prominent personality in the movement. They believe they are witnesses for Jesus. It is interesting to note, and very telling, that Hayovel quickly pulled this video from their site. It was more akin to their earlier videos in the past when they were still getting started. In other words, they screwed up. Fortunately, we have the video as yet another proof that they are the same old Hayovel Ministry. Nothing has changed.

Righteous gentiles or crafty “witnessing” Christian missionaries? You decide. It is clear to me that Hayovel is comparable to Fatah, in the manner that Jews for Jesus is comparable to Hamas. The former are more dangerous, because unlike Hamas, our own camp thinks that we can make peace with them. It’s time to wake up. What we are seeing now is only the beginning. Future governments will surely reward evangelical missionaries by giving them the status of “righteous gentiles” and granting them citizenship as reward for their volunteerism. Some of the bolder ones from Hayovel will deceptively put themselves through false conversions to further infiltrate Jewish communities. And Am Yisrael will continue to bleed to death, a physical death from the Arabs, and a spiritual slaughter from the lethal blows of Christian missionaries, to the core of the Jewish neshama. 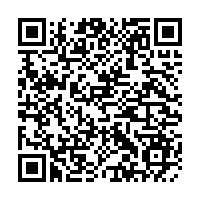