The conference was originally scheduled to be held at the Eshel HaShomron Hotel in the nearby town of Ariel. Event organizer Yekutiel Ben Yaakov noted that the hotel canceled after undergoing pressure from local missionary groups in the region. Ben Yaakov, who is taking legal action against the hotel for breach of contract, noted that the cancelation ultimately benefitted them, since it exposed the extent of missionary influence in the region, and brought more public awareness to a previously unknown problem.


Jewish Israel’s presentation highlighted the efforts, tactics, and motivations of the many different evangelical christian organizations active throughout Israel, including religious communities in the Samaria region. One such group, Hayovel, “The Jubilee,” headed by Tommy Waller, is prominent in the region for their volunteer program in assisting religious agricultural communities with their harvests. Jewish Israel cited Hayovel as one of many missionizing organizations who utilize a subtle process of assimilating themselves into Israeli society, gradually blurring the distinction between Jew and gentile, as a means of actualizing their ideological belief that they are ‘grafting themselves onto the Jewish people’s covenant, by introducing Jews to yeshua’ (missionary terminology for jesus).

Both Jewish Israel’s presentation and concluding speaker Mina Fenton, emphasized the necessity of understanding the ideological terminology of such organizations, who frequently use cryptic words like “restoration” to mask a sophisticated and well-organized missionary agenda.

The organizers of the event see this as the beginning of a new movement to expose local missionary activity and galvanize committed Jews to action. They noted that a growing number of prominent rabbonim throughout Israel are joining the effort to address this issue.

While Jewish Israel’s opponents, many of them religious Jews working hand in hand with christian evangelicals, maintain that Hayovel has no missionary agenda, Jewish Israel’s presentation included comprehensive documentation showing Hayovel’s extensive ties and relationships with overt missionary organizations and missionary leaders. Those who would like more information can visit Jewish Israels website. 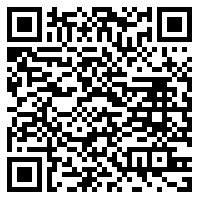