In a particularly pointed interview conducted with Egyptian President Abdel Fatah al-Sisi by German journalists, Sisi called for a “reformation” of Islam, said that ISIS and all other Islamic extremists descended from the Muslim Brotherhood, and agreed that true Muslims must take action against the extremists who are hurting other Muslims as well as insulting Allah.

The interview appeared on Monday, Feb. 9 in Der Spiegel.

Sisi was asked about his recent talk at Egypt’s al-Azhar University in which he called for a kind of reformation in Islam. He explained that there is a problem now because while “the Koran represents the absolute truth,” there are differing interpretations of it. Sisi proposed at the Azhar conference that “wrong and distorted ideas” be removed from the religious discourse.

The subject of the conference was “freedom of choice,” and Sisi said “the right to choose a particular faith, whether Christian, Jewish or Muslim is an inherent part of our religion.”

In addition to simply removing the false interpretations of Islam, Sisi agreed that Muslims must take action against those who falsely interpret their religion, in other words, they must be willing to confront those extremists who are distorting Islam.

While Sisi was prepared to go where a few – but only a few – other Muslim leaders dared to go on this topic, he was more than open to the softball pitch by the German journalists when they asked whether ISIS or the Muslim Brotherhood was the greater threat.

Sisi’s response may not have been the one U.S. President Obama would have wished for, but it could not have been a surprise. He said that the two terrorist groups are essentially the same, they “share the same ideology.” However, as far as Sisi is concerned, the Muslim Brotherhood spawned all the other current Islamic extremist groups, including ISIS.

President Obama has recently been harshly criticized for having visitors at the White House who, as members of the “political wing” of the Muslim Brotherhood, had been members of the former Egyptian government.

The Egyptian president tied the Muslim Brotherhood’s fundamentalist belief that terrorists ascend to paradise when they die as martyrs as the progenitor for modern Islamic terrorism.

The journalists repeatedly jabbed Sisi with charges of oppression and denial of human rights under his administration, each time pointing to specific examples.

At least as reflected in the transcript of the interview, Sisi handled the accusations calmly. He offered as explanations for the critical views of what he has had to do in his country to cultural differences or naive perceptions of reality in one of the most troubled regions of the world. 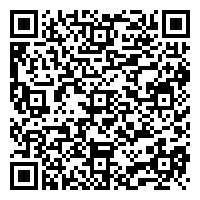