“The seal of G-d is truth”- Talmud: Tractate Sanhedrin 64a

I recently authored an article entitled, “Esau Rising: The War Against The Jewish Soul,” for The Jewish Press, where I detailed the growing threat of the Hayovel missionary organization in the Shomron. As I had hoped, I provoked a reaction from two of the pivotal players who have been aiding and working with this organization and its leader, Tommy Waller; namely, David Haivri of the Shomron Liason Office and Yisrael Medad, who responded to my article in the form of a blog post on Arutz Sheva, Fuchs Descending. A not terribly clever title which riffs on my own title, Esau Rising”…. You get the point. (I had to resist the urge to counter with “Medad’s Madness.”) Personally, I am pleased that I evoked such a reaction. It means I got under his skin.

Yisrael Medad’s Arutz Sheva profile notes that he has “served in a volunteer capacity as a Yesha Council spokesperson, twice a member of Amana’s secretariat, Benjamin Regional Council plenum member and mayor of Shiloh.” Needless to say, he was not happy with my article and he accused me of “falsehood and misrepresentation.” Not only are Medad and his ilk involved in terrible halachic prohibitions, he has the gall to respond with such brazen falsehood, despite the tremendous documentation which exposes (for those who want to do the research) that the Wallers are evangelical missionaries. This article will respond to Yisrael Medad on a point-by -point basis, his comments being italicized. As I hope to show the reader, there is no doubt that Hayovel is a missionary organization, and that they would not be where they are today, were it not for individuals like David Haivri and Yisrael Medad.

Before I start, I would like to recommend the following websites as excellent sources for information on missionary activity in Israel, including the Waller family and Hayovel. I would be remiss if i did otherwise, since they are the most prominent players exposing this horrific phenomenon. Their work is a tremendous sanctification of The Almighty’s name in the face of an unprecedented desecration. I leave it to the intellectual honesty of the reader to do the research, weigh the evidence, and decide for themselves.

As I see it, any intellectually honest Jew or righteous gentile will be blown away with what is going on in the Shomron. Ignore the carefully crafted statements of the Medads and Haivris of the Jewish community, who try to portray parve images of the Wallers. If you check out these sites and process the damning information, you will see what is going on. To do otherwise would be akin to saying that ISIS is not crucifying and beheading people, despite the plethora of video footage of atrocities.

Point #1: Medad starts by citing a paragraph from my article and then responding:

Donny Fuchs: Our many spiritual foes desire our souls. They wish to convert us. Many religious Jews recognize the danger of the former, but not the latter. They have forgotten centuries of mass slaughter from those who merely wanted us to fall on our knees and kiss the cross.”

Medad responds: Who is the “they”? Is it possible that there are non-Jews who seek to assist the Jewish People, and more specifically the rights of Jews in the Land of Israel? Is Fuchs not capable of distinguishing between those Christians who wish to convert and those who do not engage in missionary activity? Or does he negate all Christians?

Yisrael Medad on the Temple Mount 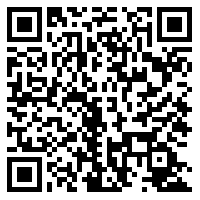