I traveled from my home in the southern Negev to the town of Kiryat Netafim in Samaria to attend an important anti-missionary conference. Despite the distance, I saw my presence as obligatory since the problem that precipitated the conference is largely unknown. Israel is a society of geologically fragmented regions, and even more-so, of fragmented Jewry. What happens in one corner of the country is often little known elsewhere. Labels and categories are the obsession. People tend to identify more closely with those whose religious/political/socio-economic/regional experiences match their own. In some ways, the Shomron is even more isolated than the underdeveloped Negev. While the current missionary problem in Samaria has its own distinct features, it is still relatively unknown to most Jews. Nevertheless, the repercussions of this spiritual danger will be universal if we fail to address it at this critical juncture.

It should be noted that although the conference was originally scheduled to be held at the Eshel HaShomron Hotel in the nearby town of Ariel, the hotel belatedly cancelled the event under pressure from local missionaries. Event organizer Yekutiel Ben Yaakov is currently taking legal action against the hotel, for breach of contract.

The reader may wonder why the hotel felt the need to take such an aggressive approach and buckle under pressure. Yekutiel Ben Yaakov, who introduced the speakers, began by “thanking” the Eshel Hashomron hotel for canceling the event, since the cancelation generated more publicity for this unknown issue. He informed the audience that the brochures advertising the conference spoke specifically of the threat of “Christian missionaries” as the focus of the conference. This being the case, even if the management of the hotel was partaking of halachically problematic x-tian tourism in the region (and they are), the event was clearly targeted at those who are spiritually targeting Jews for conversion. Those who are not involved in missionizing should naturally have felt no threat from the flyer. What compelled them to pressure the hotel to cancel the conference? And why did the hotel management cave in under such unreasonable demands?

The answer is obvious. The missionaries are afraid. They know that the truth will hurt them. And they are correct. When the masses finally become privy to their plans, there will be hell to pay; for the evangelicals, and for those who enable them.

Most Torah committed Jews are aware of the many well-funded missionaries in Israel, who prey on vulnerable Jews. Baruch Hashem, there is no dearth of organizations trained to deal with these overt groups, and to assist those who are easy prey for their deception. It is a generally accepted truism that religious Jews of sound mind are relatively safe from the influence of missionaries. Anyone with a basic Yeshiva background understands that these missionaries distort the Torah to spread their agenda. They primarily prey on those who are emotionally vulnerable. For many yeshiva guys, the question is often whether to engage with them or not. (The question of whether or not an untrained Yeshivah guy should even waste his time dealing with irrational missionaries is an issue I will not address.) 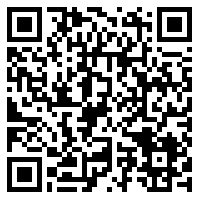