Twelve years have passed and it is as if nothing has changed. The same youth, the same police, and the same politicians. Every side fulfills its role in the show. The same show.


Nevertheless, we witnessed a new level of cynicism with regards to Amona. The destruction of the village was described as an historic achievement – no less. “Amona will indeed be destroyed, but in its merit a historic bill that will save the settlements was legislated…”

Everyone knows that the “historic” bill will end up somewhere in an abyss and all that will be left of it will be the destruction of an entire Jewish village. But the rightist politicians, on the very day of the destruction, continued to string their voters along and tell them stories of historic achievements.

The Jewish Home party could have prevented the destruction of Amona. After the previous elections, Jewish Home Chairman Naftali Bennet made it clear that the party would not join the government coalition if his party would not get the ministerial appointments he desired. “If not,” he threatened, “there won’t be a government.” Bennet could have threatened to topple the government unless a bill to save Amona was legislated and the threat of destruction lifted. But political self-sacrifice – the willingness to go to the Opposition over desirable appointments – is non-existent when it comes to the Land of Israel.

The way the Israeli election system works, after the general elections, each elected party endorses a particular candidate (usually the head of the largest party on its side of the political divide) to head the next government. Then the president asks the candidate with the most endorsements to attempt to create a governing coalition. Regardless of the number of mandates we, the Zehut Party, wins in the next elections, we will not endorse anybody but the head of our own party for the role of prime minister. Israel needs new leadership – not more of the same. 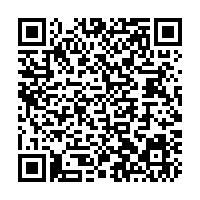