The This is My Earth (TiME) organization, founded by Prof. Uri Shanas of the Biology and Environment Department at the University of Haifa’s Oranim Campus, and later joined by Prof. Alon Tal of Tel Aviv University, has announced it scored its first success in its struggle to save endangered species around the world. TiME crowdsourced funds to purchase an area in the Peruvian Amazonas that is home to more than 300 species, some of which are in grave danger of extinction. The area will be turned into a nature reserve.

Prof. Shanas said in a statement, “Within less than a year, we’ve managed to show that it’s possible to save species and protect the earth through crowdsourcing, thanks to lots of caring people.”


Established some 18 months ago, TiME functions as a democracy in which every member has an equal vote, whether they donated one dollar or a million dollars. The group’s fundamental goal is to prevent the current wave of species extinction. Once a year members choose between three (or more) threatened habitats in different parts of the world selected by the organization’s Scientific Committee. Each of the habitats is home to a diverse range of endangered species. The selected habitat is purchased by TiME and becomes a nature preserve. Since all those involved in TiME work on an entirely voluntary basis, the land purchase is undertaken through local organizations responsible for managing the new nature reserve following its purchase.

The first habitat chosen by TiME members is situated in the Peruvian Andes – the site was chosen over a coral reef in Belize and a savanna in Kenya. The privately owned land is home to more than 300 species of birds, lizards, and mammals, many of which appear on the International Union for Conservation of Nature (IUCN) Red List of Threatened Species, such as the yellow-tailed woolly monkey and the long-whiskered owlet. The owner of the site placed it on the market and TiME will buy the land for $30,000. Of this sum, $25,000 was raised by crowdsourcing while $5,000 was donated by the Gordon and Betty Moore Foundation, which supports environmental protection projects, among other areas.

“According to Peruvian law, the land can only be sold to locals (members of the Yambrasbamba Campesino community),” Prof. Tal explained. “Accordingly, the land will be purchased in the community’s name by a local conservation organization, Neotropical Primate Conservation, managed by Dr. Sam and Dr. Noga Shani. The Shanis have lived in the area for years, working to help save species in danger of extinction. They will manage the site together with the local community, and in the spirit of TiME, research and educational activities will be integrated in the purchased area.”

“The rate of deforestation in the rainforest is among the highest in the world,” Prof. Shanas said. “This specific site serves as an important corridor between two existing reserves. Breaking the chain of forests in this area could dissect the region, leaving small animal populations unable to survive. Although this is a small area of land, we have been motivated by this success. We really hope that this proof of concept will help us recruit more supporters and members over the coming year.” 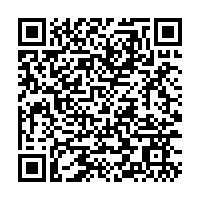