Everyone in Israel is talking about cannabis: who smoked and who did not, how many leftist MKs admit to smoking as opposed to how many rightist MKs. When I expressed my opinion on this issue over a year ago, I had no idea that I had climbed atop such a potent barrel of social dynamite.

Today, it is clear to me that the medical marijuana issue touches upon layers far deeper than the prohibition or permission to use this amazing plant. (Some identify cannabis as the Biblical k’nei bosem – perfume reed – that was used in the anointment oil [see Exodus 30:23] as well as in the incense in the Holy Temple.)


This Sunday, my legislative proposal on medical marijuana will be brought to a vote in the Ministerial Legislative Committee. The proposal says that when a doctor gives a patient a prescription for a certain dose of cannabis, the patient will immediately receive a license from the state to use the prescribed amount.

This seems like a pretty straightforward proposal. But the Health Ministry opposes it. “Cannabis is not a medicine,” the ministry explains. “First we must study all the medical research on the issue from the entire world, understand what exactly it helps and what it harms. To do otherwise would be irresponsible.”

That is the crime of the cannabis plant. It doesn’t come in a capsule with a metallic wrapping and a medical insert. Cannabis is not a drug; it is a simple plant. Sometimes it grows one way, sometimes another. We did not produce it and so we have no control over it. The patent belongs exclusively to the Creator of the World.

People of faith have no problem with this. They have a natural modesty, an understanding that not everything is in our hands and if we see that it helps and the patient wants it, and if the side effects are far fewer than with conventional drugs, then what is the problem?

But prevailing wisdom dictates otherwise. Until we do not understand it completely – and control it completely – we will not allow it. And if in the meantime there is a lot of pressure, and the ill are crying out and the headlines are uncomplimentary, we will create a bottomless bureaucratic procedure to stop those who need cannabis. The patient’s doctor will not decide, but rather a doctor who never saw and does not know the patient will make the decision. In other words, a clerk hiding somewhere in the long halls of bureaucracy.

I once went into an old synagogue, a remnant of the socialist Mapai Party days, to recite the afternoon prayers. On a dusty, wooden shelf I found an old, yellowing prayer book. I opened it. On the inside cover, the Jewish Agency stamp could be plainly seen: “The Department for the Provision of Religious Needs,” it said. “After all,” went the socialist reasoning, “Religion is the opiate of the masses. If there is no choice and the people demand it, we will provide it on our own conditions. The main thing is that we retain control. We will even supply something as unquantifiable as faith.”

Estimates put the number of marijuana users in Israel at somewhere between half a million to one million. It is no coincidence that more and more MKs now understand that an admission of cannabis smoking will help them politically. Clearly, a citizen who has to smoke his cannabis in hiding, living in fear of the knock at the door, can be easily controlled. If the government allows the ill to easily access cannabis, the next step will be legalization. Why would a government that strives for control go along with this new law?

We haven’t even yet mentioned the drug industry, the second largest in the world (after the arms industry). The drug industry’s basic interest is to eliminate the competing substance that cannot even be patented. This is in addition to the financial and systemic pressures applied by various organizations, some of them dubious, on the Health Ministry to nix cannabis.

Initially, Health Minister Yael German explained to me that her hands are tied and the law must be changed. Now, when my new law has gone through all the necessary stages and most of the ministers support it, the health minister is working hard to prevent them from passing it.

The flip side of the liberty coin is responsibility. The basic interest of any state and its apparatus is to control all the spheres of responsibility for our daily lives: the state owns the land, and the state is responsible for our children’s education, welfare, health, and the like. If we don’t use complicated policies to prevent the use of medical marijuana, the state reasons, we will lose control and the entire country will go to pot.

Some detractors also feared the light rail in Jerusalem. “How can we let a train drive down a busy pedestrian mall without having people getting killed all the time?” they asked. It turns out that when responsibility is restored to the citizen, he knows how to take care of himself just fine. 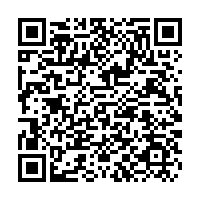