Everyone is talking about the two-state solution, brought to us directly from the ideological study hall of the Left. So is Netanyahu. And Netanyahu is not only talking about it – he is literally begging Herzog to join his government so that he can rid himself of Bennett and do exactly what the Left wants.

He even enlisted the Egyptian president to give it another small push to make it happen. And to convince the still skeptical Left, he sent his right-hand man, Natan Eshel, to detail his plans in the most explicit and detailed manner in the radical leftist Ha’aretz newspaper.


But they prefer to attack Herzog, who almost made their dream come true, so that they can continue to hate Netanyahu. They organize their own parliament in Herzliya  – the type of parliament that doesn’t require non-essentials like a nation or democratic elections – a parliament that gets much more attention from the media than the elected parliament in Jerusalem.

And they feature two ex-chiefs of staff and an ex-defense minister in their parliament. And of course, all the headlines, all the news shows, and all the spotlights are directed at these two wannabe leaders, both of whom have inflicted immeasurable strategic damage on Israel. “Finally,” they gloat, “a true opposition to Netanyahu has risen.”

But why do they hate Netanyahu so much – even though he is doing everything to make their dream come true? Why, instead of supporting him and enabling him to realize their dream, do they prefer to hate him?

The answer is because Netanyahu managed to steal the Right before they could. And without the Right, it is impossible to win elections. They try to masquerade, just like Netanyahu. They put together groups of generals for security. Security is the catch phrase. It sounds rightist. They also put together all kinds of organizations, with lots of money from the New Israel Fund – in the guise of a moderate Right – a responsible, security-oriented Right. But the masks are too clumsy and the people are not really that stupid.

Only Netanyahu really knows how to steal the Right, not to say anything (the Likud doesn’t even have a platform), and to win elections. So how can they not hate him? 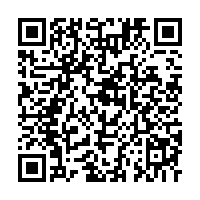