Lawyers for rabbis whose federal convictions for conspiracy to commit kidnapping and violence – related to their roles in an elaborate FBI Get-related sting operation – were upheld in July by a three-judge panel of the Third Circuit U.S. Court of Appeals have petitioned the court for a re-hearing en banc, that is by all of the 14 active judges on the court.

At stake is nothing less than the future viability of a fundamental protection for religious freedom in this country.


The initial prosecutions were marked by government conduct that should shock the conscience of anyone who believes in fair play. And the appellate court’s superficial  affirmance of the convictions offers little hope  that other courts can be counted on to  make things right.

In 1990, in a case involving the use of peyote as part of a Native American religious ritual, the late Justice Antonin Scalia wrote an opinion for the U.S. Supreme Court that abandoned the longstanding First Amendment constitutional principle that religious practice ordinarily could not be infringed upon by government unless there was a showing of a “compelling public necessity” to do so.

No longer would religious motivation entitle one, under any circumstances, to a constitutionally required religious exemption from a law of general applicability – like  anti-drug laws.

In 1998, however, Congress enacted the Religious Freedom Restoration Act. Popularly referred to as “RFRA,” that law prohibits by statute what the First Amendment had been thought, pre-Scalia, to prohibit as a matter of constitutional law.

In the case of the rabbis, the FBI created out of whole cloth – complete with the production of a forged ketubah – a marriage in which the non-existent wife was an agunah at the mercy of a non-existent recalcitrant husband. The FBI deceived a prestigious bet din, which resulted in that bet din’s issuance of baseless hazmanot (summonses) and a seruv (contempt order).

All this was designed to entice the rabbis into taking action – even extreme measures – against a non-existent husband in order to get him to give a Get to a non-existent wife. That was the essence of the “sting” – a pure fiction that was concocted by the FBI for the purpose of enticing and entrapping the unsuspecting rabbis.

And was luring the rabbis into a conspiracy charge by creating a fictive reality consistent with RFRA? Certainly there was a significant and well-recognized religious premise for the rabbis wanting to help free an agunah, a great and holy mitzvah. So were the elaborate multiple deceptions devised by the FBI the “least restrictive means of furthering [the] compelling governmental interest” in preventing conspiracies to commit violence? We think not.

As Nathan Lewin, one of the nation’s leading constitutional lawyers and one of the attorneys seeking the rehearing, points out in his submission to the court, despite some of the rabbis being charged with kidnapping, “The only convictions that resulted from the trial were on conspiracy and attempts counts based on the wholly fictional crisis that the FBI created. The government’s interest in prosecuting rabbis who are religiously motivated for the commission of such inchoate crimes is far from ‘compelling.’”

Continuing his legal analysis, Mr. Lewin goes on to say,

RFRA…requires the government to pursue any compelling interest by the means that are the “least restrictive” of religious liberty. The “least restrictive means” of achieving the governmental interest in preventing kidnappings or other violence by rabbis seeking to free “chained” women would be vigorous prosecution after the fact of those who have actually committed such offenses. The FBI’s “sting” was unnecessary and therefore violated federal law.

Mr. Lewin also points to one of the bizarre factors in the appeals court’s opinion: it affirmed the trial judge’s exclusion of all evidence of the rabbis’ religious beliefs and practices regarding the duty under Jewish law to free a “chained” woman.

Indeed, it is hard to understand how RFRA could ever provide a religious exemption from a general law if a jury cannot know of any religious motive.

Recalcitrant Husband ‘Persuaded’ to Give Wife Jewish Divorce in Jerusalem 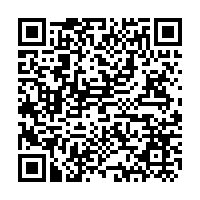