The condemnations that have greeted the announcement of President-elect Trump’s choice of New York lawyer David Friedman as the next U.S. ambassador to Israel have an Alice-in Wonderland air about them.

Critics are particularly exercised over the fact that Mr. Friedman’s well-known views on the Middle East are substantial departures from prior American policy. But the critics are ignoring the reality that ambassadors do not make policy, presidents do. (And the fact that Mr. Friedman was chosen should indicate that the president -elect is in substantial agreement with those views. In fact, we are hopeful that the ambassador-designate does, in fact, largely reflect Mr. Trump’s views.)


Thus, a New York Times report on the Friedman appointment – titled “Trump Chooses Hard-Liner as Ambassador to Israel” – reporter Matthew Rosenberg has a particular problem with Mr. Friedman’s belief that Jerusalem should be recognized as the unified capital of Israel:

Mr. Friedman, whose outspoken views stand in stark contrast to decades of American policy toward Israel, did not wait long…to signal his intention to upend the American approach. In a statement from the Trump transition team announcing his nomination, he said he looked forward to doing the job “from the U.S. embassy in Israel’s eternal capital, Jerusalem.”

It’s sheer nonsense, of course that Mr. Friedman could unilaterally “upend” U.S. policy. But even more to the point, the report itself acknowledged that the Friedman comments came “in a statement from the Trump transition team.” So we hardly have a Lone Ranger here. Indeed, Mr. Trump has on several occasions reiterated his pledge to move the American embassy from Tel Aviv to Jerusalem. And while many have dismissed such talk as mere political pandering in the tradition of past presidents who while running for office promised to move the embassy, only to back off once in office, this time there seems to be something different afoot.

Exhibit A is the Friedman appointment itself. Exhibit B is Mr. Trump’s repeatedly expressed commitment to the rule of law. Although the issue has been muddied by misrepresentations of its provisions, the Jerusalem Embassy Act of 1995 states plainly that Jerusalem in the undivided capital of Israel and the American embassy in Israel has to be moved there.

However, Presidents Bill Clinton, George W. Bush, and Barack Obama avoided implementing the law by reading into it a fictional presidential waiver of the relocation requirement. We are encouraged that Mr. Trump has signaled that he will have no truck with such legal legerdemain.

The Times added to the confusion with a Dec. 16 editorial titled “A Dangerous Choice for Ambassador to Israel” which concluded:

Like any president-elect, Mr. Trump is within his rights to nominate whomever he pleases. But with his choice of Mr. Friedman, he has displayed a dangerous ignorance of or indifference to the land mines across the Middle East. The Senate has the responsibility to protect Mr. Trump and the country from taking this reckless step.

But again, it is the president will make policy, not his ambassador. We suggest that The Times finally accept the fact that Donald Trump is our next president, and deal with it. 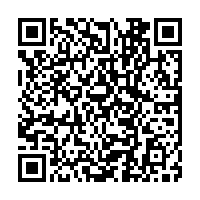