But here is a question: Decades later, now that I call myself an observant Jew, I still have to battle the yetzer hara. What’s going on? Why didn’t the yetzer hara just disappear when I became observant? This is where the Chazon Ish will help us, because it becomes clear from his letter that this is not an “on/off” switch; it is a lifelong process. To the extent we perfect ourselves in conduct and in Torah, to the extent we remake ourselves in the image of Hashem – to that extent we will cease to be dominated and controlled by the yetzer hara.

That is why the yetzer hara is still around. That is why we have an avodah during our entire lives, but especially during Chodesh Elul, called “doing teshuvah.” This, it seems, is the most important thing in life, because it determines how close we actually come to Hashem.

And our closeness to Hashem is what saves our life.

How does the yetzer hara manifest itself to me today? The power of this force is prodigious. I am talking from my own personal experience. Let’s take three areas as an example: appetite, anger, and tefillah. The yetzer hara takes on something like the power of a tsunami. When it comes at you, you feel as if you are completely powerless to oppose it.

Take eating: if I want to moderate my eating, I can make all the mental preparations beforehand – but with food in front of me, the experience of eating overwhelms me. After the meal, when I realize I ate more (and probably faster) than I should have, I feel overfull and unhappy and I lecture myself about how next time I will exercise greater self-control and not have to suffer regret. But usually “next time” is the same as last time.

Anger is similar. I can try to prepare myself, but then anger “ambushes” me when I least expect it. Where did it come from? How do I stop it when I don’t know that it will suddenly erupt? When I calm down, I make a resolution about “next time,” but that is when I am calm and it all seems so logical. Then the ambush comes again, and once again I have failed to prevent it.

Tefillah: I want to daven very slowly, so that I understand every word and am constantly aware that I am speaking to Hashem. But this force wants to rush me. Where is this rushing coming from? Or, davening Maariv, I feel so tired and have no energy to concentrate. So I rush along, and then I forget which berachah I am on, or I sometimes forget that I am davening at all.

I believe this is what the Torah is warning us about when we say in the Shema, “lo sasuro – do not explore after your heart and after your eyes after which you stray….”

It seems the yetzer hara first manifests itself in the heart with a desire, and then the eye sees a place where that desire can take root, like food.

So what am I going to do? How do I battle this spiritual tsunami, this wall of water that surges out of nowhere and sweeps me away, that enslaves me and smashes all my good intentions to become a spiritual person directed by my yetzer tov? How do I deal with it?

The Shema warns us not to explore after our heart and after our eyes. It also offers us positive guidance: we are supposed to look at the tzitzis, which remind us of the 613 mitzvos of the Torah. Possibly, concentrating on the tzitzis is an antidote to the power of the yetzer hara.

The mitzvah of tzitzis appears in Parshas Shelach, which contains the account of the miraglim, the spies whose catastrophic mission to Eretz Canaan resulted in weeping and crying on the part of our ancestors in the desert. This weeping and crying caused our ancestors to despair of ever reaching the Holy Land, which in turn led to the death of the entire generation and all the future calamities that took place on that darkest of all days, Tisha B’Av.

The miraglim were afraid of the giants they saw in Eretz Canaan. They said “we were like grasshoppers in our eyes, and so were we in their eyes” (Bamidbar 13:33).

What you are in your own eyes, you attribute also to the eyes of others. But it is only your eyes. Who says it’s real? They were grasshoppers only in their own eyes. How you see yourself is what you become. So they looked at the giants and they felt like grasshoppers.

Maybe they shouldn’t have looked at the giants.

It reminds me of a remark from Rabbi Avigdor Miller, zt”l, when someone asked him how to avoid improper sights when walking in the city. His answer: “Study the pavement!” You don’t have to look. You can control your own environment and keep your “eye” on Truth.

It all depends on what you look at.

When you look at the tzitzis, you are looking at Torah, because the tzitzis represent the 613 mitzvos. When your eyes are trained and disciplined to look in the Torah wherever you go in life, you will not be influenced by the sights you see and overcome by the yetzer hara. I believe that is one reason the mitzvah of tzitzis is found at the end of the parshah of the miraglim, because the answer to the miraglim is: you should have looked at the tzitzis and not at the giants. The Torah is Hashem, and Hashem is the Only One Who is more powerful than the giants. As King David says (Tehillim 118), “Hashem is with me; I have no fear; how can man affect me?”

The tzitzis are physical representations of the world of spirituality, the world of Torah. That’s where we have to look as we travel the pathways of this world. Yes, I can make all the resolutions in the world that next time I will not be swept away by the tsunami. But really, where it counts is, to try – and this takes a lifetime of effort, a lifetime of trying and failing and trying again and again and again – to spend our lives seeing the world through the lens of Torah.

Riding the Waves of Teshuvah 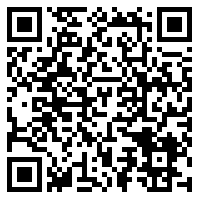