Abraham Peck saw his father dying of starvation and disease and was the last living survivor from his family and the rest of the Jews of the Polish town of Szadek. From age 15 to age 20 he had the dubious honor of being an inmate and a slave laborer in nine different concentration camps. In his mind, every day he managed to stay alive was his personal victory over Adolf Hitler. That sentiment is expressed in his biography, which was published this year, titled, “ABE-vs-ADOLF — The True Story of Holocaust Survivor Abe Peck.” Last Thursday Peck passed away from kidney failure at age 91.

According to NewJersey.com, Maya Ross, his biographer, met Peck when she was volunteering at Cafe Europa, a social event for survivors. “He rolled up his sleeve and showed me his tattoo from Auschwitz,” Ross said, which began a creative relationship of extensive interviews over four years.

“At any minute the guard could shoot you for not liking the way you looked at him,” Peck told Ross. “They would shoot you for nothing.” He believed his survival was a matter of “Mazal,” sheer luck. “I’ve been lucky my whole life,” he said, which is a funny statement coming from a man who lost his entire social infrastructure before turning 20. Out of 90 people from three generations of the Peck family, only Abe and six cousins survived.

In April 1945, the American liberated Dachau, and Peck became free and aware of his losses all at once. A year later he met Helen, who helped changed his attitude about life. “If I wanted to live, I couldn’t stay the way I was. I had to go with my life,” Peck told Ross. In 1949 they had a son, Jacob, and soon after the small family immigrated to Paterson, NJ. Peck went into upholstery and became a successful businessman.

After his retirement, Peck began to visit schools and other venues where he told children and adults about his experiences. On one of those visits he told students at Saddle Brook High School: “It is up to all of us to speak up when we encounter injustice. Do not allow yourself to become a victim or a bystander. We must love and respect our fellow human beings regardless of differences in religion, nationality or color. With hope, let each of us take responsibility to build a better world. One life at a time. One day at a time.” 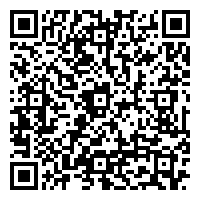