As I normally request when publishing an exciting article by Sinem Tezyapar, if all you have to contribute is that she shouldn’t be trusted for whatever reason—kindly keep that to yourself. I encourage our educated readers to argue with and even shoot down anything Sinem offers, but, please, respect my personal guarantee, based on a fairly long relationship with her and her movement, that she absolutely means what she says.

Over the last few years, I have been often asked: is Turkey leaving the West? Is Turkey’s axis shifting? Is Turkey turning its back on the West?

The simple answer is no. Turkey is a democratic, free and secular country with a majority Muslim population, a friend of the West, and this will stay as it is. However, Turkey has realized her responsibilities as the natural leader in the Turkic Islamic world. Turkey as a “soft power,” like an elder brother, can and will be a unifying entity, a model to the Islamic countries to inspire a new vision where people can see that Islam does not conflict with democracy, fundamental freedoms and human rights. What’s more, it can initiate key solutions to end conflicts in the region by bringing these countries under the same umbrella with a new spirit of brotherhood.

Let me tell you how.

Imagine a union among the countries of the Middle East, the Caucasus and North Africa; not a materialistic or economic union like the European Union, not the kind of unity where they want to get rid of you when you are in trouble or weak, but a spiritual union, ready to serve, to help, with a consciousness of self-sacrifice in which one nation will not sleep in comfort when her neighbor has a problem. Imagine living with open borders, traveling between countries as you travel among cities. No visa procedures, no passports.

In fact, it is quite natural to expect a union between the Turkic countries and the Islamic countries, because they share so much in common. Indeed, the division among them is unnatural. But what is more important and unique about this unity is that it will include Israel and Armenia, and even Russia in the later stages. In the same way that a family is made strong and healthy by its members helping one another, this unity will constitute a family.

The immediate establishment of this Union is essential for the entire region. This Union does not imply any racial superiority, nor will it impose any religion. It will rather be one that treats Muslims, Christians, Jews and all others with great affection, and recognizes their right to exist as first class citizens.

The ones who would benefit most from this would be non-Muslims: Armenians, Greeks, Jews. It will constitute a social role model with a democratic and secular structure that attaches the proper value to human rights and fundamental liberties. Not only monotheistic believers, but also Buddhists, Zoroastrians, atheists—in short everyone— will be free to express their opinions and live as they choose in a new climate of freedom.

One important characteristic of this Union is that member states preserve their national identities as sovereign nation states. No one will interfere in anyone’s foreign or domestic affairs. So we are not talking about a repressive or despotic regime. There will be nothing about it that damages or interferes in the internal affairs of the states. Member states will preserve their own governments and will be guaranteed their sovereign status.

This model may cause one to immediately think of the Ottoman Empire, but it is not an attempt to resurrect that concept. What I am talking about is something else. We do not regard the Ottoman era as perfect; we know they had defects and made mistakes. Since this will be a union of brotherhood, a union of love, not a concept of racial superiority or the classic model of an empire built on military conquest, the radical voices will have to behave themselves.

This great unity will also be a deterrent force and the radical elements will be deterred from pursuing their extravagant and nefarious goals. There will therefore be no terror and anarchy in the region. All the money currently spent for the military will instead be directed to people’s comfort, and will be spent on ensuring a high quality of life for all. It will help the region to get rid of the scourges of terror, economic troubles or of the torment of confinement, and it will provide economic support, by enriching them through the sharing of natural resources. 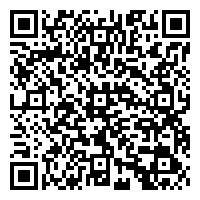