Shay and Reena Yared, residents of Yitzhar in the Shomron, spent last Shabbat in a tent in a park in Kfar Avraham, a religious neighborhood of Petach Tikvah, with five of their six children.

It’s not because they don’t have a home. Rather, it was in protest of the administrative detention meted out to their 15-year-old son, Elisha, who was ordered to stay away from his home and his neighborhood for six months. The only claim against him is vague and loosely defined: suspected “involvement with violent activities targeting Palestinians.”


(The Petach Tikvah neighborhood embraced the family, with residents bringing them food, leaving the nearest shul open for them so they could have running water and plumbing, and coming out to offer them emotional support.)

Administrative detention, a holdover from the time of the British Mandate, allows police and security forces to keep a person under arrest without the need to actually charge the individual with a specific crime. While this tactic was kept in place by successive Israeli governments to detain suspected terrorists, recently it has been used to hold people considered dangerously right wing such as Evyatar Slonim and Meir Ettinger, both finally released after protracted detention and, allegedly, even torture.

Honenu is an organization that provides counsel and defense for people like Elisha or for soldiers who are under investigation for killing terrorists. A Hebrew-language cartoon on the organization’s website shows a cemetery where two soldiers killed in Operation Protective Edge say to each other: “I’m so glad we were ordered not to return fire.” “Yeah, who has strength for all these legal proceedings?”

According to Honenu’s website, dozens of people are under administrative detention – which can mean house arrest, banishment from their place of residence, or jail. While they are all right wing and religious, none has actually been charged with any crime. Although Elisha was a member of the Hilltop Youth, there is no law against that.

The problem with administrative detention is that it circumvents the courts as well as the social welfare system. Elisha, having been labeled “dangerous,” was put in solitary confinement for three days – perhaps a preferable situation for a yeshiva bachur than sharing a cell with criminals, but traumatic and a violation of his human rights nonetheless.

Central Command Chief Roni Numa, who was also in charge of the eviction from Chomesh, ordered Elisha Yared out of his house and to the custody of his grandparents (both sets of whom live in Petach Tikvah) but his parents objected. How can the government decide where Elisha, a minor, should live? Especially since protocol demands that authorities periodically check on his whereabouts, which, as Elisha’s grandmother Shoshana can attest, sometimes includes pounding on the door at four in the morning like they would for a criminal, waking up neighbors and causing a disturbance.

“You don’t throw a child from one place to another like he was a thing,” says his mother, Reena. “A child is life.”

While Elisha has to report on his whereabouts every night, he has been moving from place to place without a home, without a yeshiva, without a framework. His family has left their home to wander with him, setting up a tent in various parks to help draw attention to their plight. A couple of policemen came by the park last Erev Shabbat but were called out on an emergency that apparently posed a greater threat than a family with little kids camped out in the park.

“My daughter says she doesn’t want Elisha to come home,” says Reena, “because the kids are having so much fun camping all over the place.” But this isn’t a vacation. It’s a nightmare. Draconian laws are being instituted against families and children whose views are not politically correct. The efforts of security forces, which could be better spent targeting terrorists, are focused on idealistic boys and depriving them not only of their loving homes and families but of basic safety and security.

The Ministry of Defense has ignored requests from the Organization for Child Welfare that Elisha be permitted to return home.

“The purpose of administrative detention is to keep people quiet,” says Elisha’s father, “to make them think it isn’t such a good idea to make so much noise.” So in response the Yareds are making as much noise as possible, appealing to Knesset members and making their protest as public as possible.

People can differ over issues such as construction of settlements or dealing with terrorism, but arresting young boys, depriving them of their judicial rights and distancing them from their homes and families, should not enter into the equation.

Editor’s Note: For more information about Honenu, visit www.honenu.org or e-mail honenu.org.il@gmail.com. The Ministry of Defense can be contacted via e-mail at dover@mod.gov.il/ 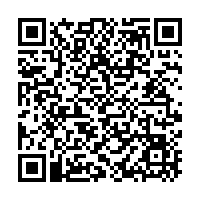