King David was anguished when he prophetically foresaw the destruction of the Holy Temple and the cessation of the offering of the sacrifices. “How will the Jews atone for their sins?” he wondered.

G‑d replied: “When suffering will befall the Jews because of their sins, they should gather before me in complete unity. Together they shall confess their sins and recite the order of the Selichot, and I will answer their prayers.”

With the imminent approach of the new year and the Days of Awe, our preparations for the High Holidays move into highest gear. Several days before Rosh Hashanah we begin to recite the Selichot, a series of penitential prayers and liturgy.


Sephardim recite Selichot throughout the entire month of Elul.

It is important to attend synagogue for Selichot, as its text contains several important passages which may be said only in the presence of a minyan (quorum of ten Jewish men).

Most Jewish communities continue reciting Selichot throughout the Ten Days of Repentance (the days between Rosh Hashanah and Yom Kippur). According to Chabad custom, however, Selichot are not recited during these days (with the exception of the third of Tishrei, when Selichot are recited as part of the commemoration of the Fast of Gedaliah).3

The story is told about the fourth Chabad Rebbe, Rabbi Shmuel of Lubavitch, who once asked his illustrious father, the Tzemach Tzedek, regarding the reason for this custom. “My son,” he responded, “now is no longer the time for words. Now we must translate words into deed . . .”

Click here for the complete Selichot prayers in Hebrew.

In 2013, Selichot (according to Ashkenazic custom) will begin after midnight of Sunday morning, August 31. Contact your local Chabad-Lubavitch center for the exact time and location of local Selichot services.

1. “Halachic time” varies depending on the season, and usually doesn’t concur with our clocks. According to Jewish law, midnight is exactly halfway between sunset and sunrise. In the USA, because Rosh Hashanah is observed during Daylight Saving Time, “midnight” is often closer to 1:00 than to 12:00.

2. Due to technical calendar reasons, the first day of Rosh Hashanah cannot fall out on Sunday, Wednesday or Friday.

3. Selichot are also recited on Jewish public fast days. The fast-day Selichot are incorporated into the morning prayers. 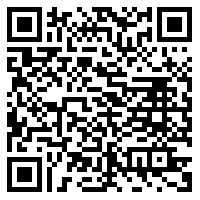