As we approach Presidents Day  as well as Lincoln’s birthday it is would be altogether fitting for Jews to consider the extraordinary special relationship that Abraham Lincoln shared with our people. Lincoln as many have accurately written was clearly by far the best friend of the Jews by any president in American history. However, what has gone largely unnoticed and covered here is the extent to which his ideas and thought processes mirror in vital content a range of Jewish perspectives.

Among his final words were , “How I would so much like some day to visit Jerusalem.” These words were not  spoken by some longing Jew, but rather by Abraham Lincoln according to Mary Todd (as related in the film based book by Doris Kearns) before he was assassinated by the bullet that felled him by the infamous John Wilkes Booth. Lincoln as many have accurately written was clearly  by far  the best friend of the Jews by any president in American history.


The  extent to which Lincoln’s ideas and though processes is perhaps no accident in that certain Jews, particularly his good friend Abraham Jonas may have exerted a strong  influence on Lincoln. This may perhaps also be coupled with the great insights he held independently embodying God given insights of a truth seeker who before God sought wisdom with humility . This is not to regard Lincoln as prophet but rather as a  human agent  who through candor and commitment found himself embracing the same truths grasped by our rabbis and patriarchs.

In seeking the freedom of the Jews from enslavement there is an underlying recognition of a certain common value in the sanctity of humanity beyond any favorite status that  entitles one to freedom from enslavement . This is something that Lincoln also embodied in his striving to free the slaves of this country as is evident in his soundings  against slavery as well as certain emotional expressions disclosing this disposition. For example in a letter  to his good friend Benjamin Rush in 1855 Lincoln observes his torment when journeying upon a steamboat with about a dozen shackled slaves. He relates he found it a sight that was “a continued torment to me.”..I see something like it every time I look at the Ohio.” He further adds that as a nation we started out declaring all men are created equal and are now maintaining  all men are created equal except Negroes.”

He adds this would later be extended by “Know Nothings”  to foreigners and Catholics,  and finally asserts that he is sometimes in desperation  inclined to prefer  living  in a place such as Russia where there is at least  no pretense to liberty. This sentiment of the universal rights of all persons is a sentiment that is found in the Torah itself where numerous times we are reminded there is one law for all (Exodus 12:49) and 36 times reminded  that the rights of the stranger are to be protected. Further the Talmud itself reminds us that in the Olam Ha-Ba (World to Come)  there is a place for the righteous of all nations.

Another area where we encounter a remarkable parallel with Jewish thought is with respect to some measure of uncertainty regarding the   correctness of our chosen courses, and to allow ourselves a certain openness for some shift in perspective.  This is strongly embodied in Lincoln’s second inaugural address and forcefully conveyed in his manuscript ” “Meditations on the Divine Will.”  In the address he asserts “in the present Civil War  it is somewhat possible that God’s purpose is somewhat different than the purpose of either party, and yet human instrumentalities  working as they do, are the best adaption to effect this. ” Here we find a sentiment most central to Jewish thought. It is reflected in the whole fabric of Talmudic thought where a cooperation and interaction of minds congregate to strive towards developing  eternal truths.. It is interesting that that in studying  the Gemara we are often not left with one definitive truth but rather  a spectrum of viewpoints without a decided outcome. Further the drive here is within “this world” and not the seeking of some afterlife knowledge or reassurance.

When Lincoln  was once in the midst of an audience of the  well known evangelist Cartwright  the latter howled to the crowd ” Who here would prefer to go to heaven upon his passing, please stand up? Lincoln conspicuously did not rise . This was followed by a second question , Who here would prefer to eternal damnation ? Again Lincoln  did not respond. The evangelist then focused his attention upon Lincoln and shouted. Mr Lincoln, you have not responded with an intention of going either to either  Heaven or eternal damnation . May I inquire where you intend to go ? Lincoln then responded,  “I did not wish to be singled out but since you ask, I will answer with equal candor, I intend to go  go straight to Congress.”

In his response Lincoln exhibited a quality  that distinctly paralleled a Jewish perspective. One is reminded here of the midrash where in Pirkei  Avos,  Rabbi Eliezer  and his colleagues are arguing over a Talmudic fine point and the latter seeks out a miraculous intervention beyond this world to prove his point. Thereupon God responds by reminding the rabbis, Torah is no longer in Heaven, it is in the hands of humankind. Lincoln’s discerning response to Cartwright  was exactly in the same direction: he is seeking to the best of his capacity to promote God’s work within the framework of creation which in this case is the US Congress. This further underscores the aspect of  a “this world focus” where in the Talmud (Babylonian Talmud, Shabbat 30a ) it is recounted that upon King  David’s passing , Solomon is on the verge of attending to his father’s deceased body but is told by God to first feed the hungry dogs. Again the affirmation of life and attending to this worlds needs occupies a sacred precedence .

The idea that this life presents us with God granted opportunities to act and  realize our purposes is a very deeply rooted Jewish notion and one that was continually intertwined in Lincoln’s outlook within the patterns of his life. This is not only mirrored in our reading of Torah even upon a pshat (plain language) reading, recalling Joseph’s comments to his brothers that a higher purpose has taken him to Egypt, but is also amplified in a most enlightening way through certain Kabbalistic content. Here we encounter the notion of tikkun olam entailing a human role in  repair of an intentionally flawed universe. It is further enhanced by the connection it proposes between individual destinies and the larger destiny of history  or as in the case of individual Jews the destiny of Israel. It is within such a context  we are struck by the phenomenally incredible circumstances leading to Lincoln’s nomination as president. Lincoln, an absolute nationally unknown, was in the early 1850’s not even remotely considered a presidential candidate until through his deep friendship with the orthodox Jew and fellow attorney Abraham Jonas. In meeting at the law firm of Ashley and Jonas the newly formed Republican party visited by the well known journalist Horace Greeley suddenly witnessed the isolated mention of Lincoln by Jonas partner Ashley. This was greeted with complete and  total silence until the charismatic Abraham Jonas stood behind the nomination and pursued it to fruition.  Earlier he arranged for the pivotal  Lincoln-Douglas debates. This incredible convergence of circumstances discloses the mentioned intersection of destinies and the rest became history.

This is further illuminated by the notion of a healing balancing component contributed by the middle path allowed in the tenfold view of the  Sephirot, allowing an equilibrium between  between Din (justice in its severity) and Hesed  (mercy). Lincoln in viewing his role for bringing about a healing process within the fragmented Union is very much in tune with this God rooted world perspective. The Din here was reflected in Lincoln’s words of his second inaugural address that justice in the removal of slavery must be done  and remarkably the reference to the to the enslavement of the Jews  where he asserts “As was said 3,000 years ago , the judgments of the Lord are true and righteous.” The element of Hesed was then captured in the moving words “With malice towards none, and charity to all.”

Lincoln’s ties to the Jewish people may also be evident in this intersection when one considers the incredible benefits that he bestowed upon the small rising Jewish population. As well known one of his first acts upon request of  certain Jews of the time was to grant Jewish chaplans the right to  practice in the Union without any commitment to the Christian faith. Secondly his immediate  voiding, upon protest, of General Grant’s (later mending his ways) order that the Union not deal with Jewish merchants. Then there exists his appointment of Abraham Jonas as postmaster and later the unprecedented  act upon the latter’s death of appointing his wife. His removal of one of of the Jonas  sons who fought for the Confederacy from a union prison was one more such act. The close friendships including the ongoing advices of his Jewish friends are legion including Dr Isachar Zacharie, his podiatrist,  close friend and very active advisor as well Rabbi Issac Wise to whom he reportedly once confided that he felt there was something Jewish in his bones.

Finally the capacity for growth was another characteristic he shared with the Jewish people. This capacity was clearly embodied in our patriarchs as well as Joseph and Moses. This capacity is connoted  by the idea that humankind being  created in God’s tzelm or roughly translated “image.” Immediately  prior to his untimely death Lincoln make the remarkable suggestion that the former slaves may be considered for the right to vote.  Although this  did not appear universal, his growth was still a work in progress and it extended to black soldiers as well as the educated (the latter may appear somewhat regressive from a strictly contemporary outlook, but for that time was extremely revolutionary and his growth was continuing) . Moreover  the closing words of the mentioned second inaugural address represents an ethical development of the highest order and with a reference familiar to Jews worldwide: These words were: “We have to finish the work we are in…to care for him who have borne the battle , and for his widow and orphan , to do all which may achieve and cherish a just and lasting peace among ourselves and with all nations. ” Alav Ha- shalom.* 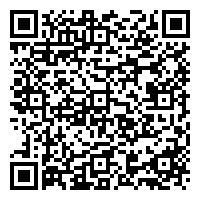