This is not another political analysis of the current elections. It is not an essay dissecting voter polls nor another critique of one candidate or another. (Neither are particular friends of the Jewish people.) This is a plea, a cry for those who have yet to comprehend what potentially awaits American Jewry.

The recent weeks of the 2016 race for the White House has had many Americans caught up in what more resembles low-grade entertainment than a presidential election. With one controversy arising after the next and witty personal swipes exchanged daily, it is easy to overlook implications and potential consequences that stand to come.


In the wake of allegations surrounding Donald J. Trump’s personal life, his failure to defeat his opponent during presidential debates and his strength plummeting in national polls, supporters are seeking to find the “real” culprit behind his recent downfall. While some feel that the GOP nominee’s own conduct is to blame, for many the cause is less obvious: the age-old Jew.

Jewish journalists along with network hosts and presidents are seen as leading the attack on Trump. A Jewish Republican consultant is accused of leaking demeaning tapes while a Jewish Attorney General is charged with displaying prejudice in launching a probe of the Trump Foundation. An “overwhelmingly Jewish” firm is accused of filing a fraud lawsuit against Trump University as the Jews and their “powerful establishment” are blamed for “manipulating the American media” and swaying the elections through calculated actions and “domination of the political system.”

No, it is not just fringe elements of the alt-right who are behind these accusations and offensive rhetoric. Trump’s wife, Melania, recently remarked that a Jewish journalist “provoked” anti-Semitic harassment by writing an unflattering article about Mrs. Trump, and last week, Trump himself blamed his losses on a global conspiracy. “Hillary Clinton meets in secret with international banks to plot the destruction of U.S. sovereignty in order to enrich these global financial powers,” Trump stated early in his speech. Observers couldn’t help but note the underlying Jewish reference, intended or not. (As with all of Trump’s ambiguous statements, each group sees in them that which they wish to, so that – incredibly – both Jews and Nazis can identify with the same persona.)

Anti-Semitism has already gained traction during this divisive presidential race, with much in spoken word and social media jargon but even, at times, culminating in physical threats and attacks. In the last week alone, a group of students in a Colorado high school called for the execution of Jews in an online publication, two Jewish brothers were violently beaten in Brooklyn on Yom Kippur, an anti-Semitic message was scrawled outside a Tampa Bay synagogue and Jewish journalists and public figures continued to receive countless threats from supposed frustrated Trump supporters.

There may very well be truth to Trump’s recent assessment: “This is not simply another four-year election. This is a crossroads in the history of our civilization.” In a time where open anti-Jewish sentiment is guised as anti-Zionism; where a local BDS committee grows into a dynamic global movement; where a Black Lives Matter group, whose formal manifesto accuses an “apartheid” Israel of committing “genocide” against the Palestinians, gains immeasurable popularity; loyal Jewish citizens will be lumped together with both a slew of imaginary Jewish villains along with a handful of actual Jewish scoundrels.

In the words of Andrew Aglin, editor of the most popular online neo-Nazi publication: “If we lose, this country is going to enter a new age of anti-Semitism. The 35% or so of the country that is hardcore pro-Trump is going to know that it wasn’t ‘liberals’ that defeated Trump, but traitors within the party who abandoned him. And they are going to want to know why that happened. And there is only one answer: The Jews did it.”

Do not dismiss this as baseless paranoia. One influential American novelist, William S. Burroughs, once remarked that sometimes “paranoia is just having all the facts.” Know the facts. We Jews must be cautious due to a long history of societies eventually deeming us a most worthy scapegoat for any and all problems.

We must have the strength to see, though it be unpleasant; and do that which we must, though it be difficult. The same kind of transparent anti-Semitism that drove a Herzl to build a Jewish state, should at least lead us to consider living in it.

JCC Association Thanks Congress for Call to Address Bomb Threats 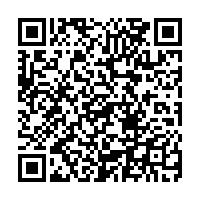