Police in Ukraine have arrested four suspects for the brutal beating and robbery two weeks ago of Chabad-Lubavitch emissary Rabbi Mendel Deitsch, who remains in serious but stable condition at a hospital in Israel.

According to local press reports, two men and two women from the Carpathian mountain region attacked Deitsch, 63, near the central train station in Zhitomir on the night of Oct. 6, or in the early hours of Oct. 7. They then fled the city with the rabbi’s cell phone and cash, leaving him bleeding and unconscious under a bridge near the station.


The suspects returned to the city a week after the attack and were identified and arrested by police two days ago.

The rabbi was discovered the morning after the attack and was admitted to the intensive care unit at a regional hospital, where he was diagnosed with multiple head injuries and brain trauma.

Deitsch underwent emergency surgery in Zhitomir while the victim’s family in Israel urgently worked with the Israeli government and emergency-services organizations in Jerusalem to arrange an airlift to Tel Hashomer hospital in Ramat Gan.

Deitsch has been active in strengthening Jewish life in the former Soviet Union for many years, and is a central organizer of hospitality and programming at the burial site of Chabad’s founder—Rabbi Schneur Zalman of Liadi, in Haditch, Ukraine, where Deitsch is believed to have spent Rosh Hashanah. 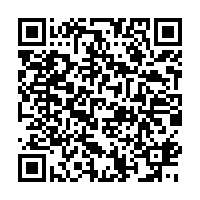