McMaster led a cavalry regiment that recaptured the city of Tal Afar from al-Qaeda during the Iraq War.

McMaster replaces Michael Flynn, who resigned for lying to the Vice President. Keith Kellogg, who served as interim NSA, will return to his job as chief of staff on the National Security Council.

In Dereliction of Duty: Lyndon Johnson, Robert McNamara, The Joint Chiefs of Staff, and the Lies that Led to Vietnam, McMaster explores the military’s role in the policies of the Vietnam War. The book was written as part of his Ph.D. dissertation at UNC. It harshly criticizes high-ranking officers of that era, arguing that they inadequately challenged Defense Secretary Robert McNamara and President Lyndon Johnson on their Vietnam strategy. The book was widely read in Pentagon circles and included in military reading lists.

The book examines McNamara and Johnson’s staff, alongside the military and particularly the Joint Chiefs of Staff, and their failure to provide a successful plan of action either to pacify a Viet Cong insurgency or to decisively defeat the North Vietnamese Army. McMaster also details why military actions intended to indicate “resolve” or to “communicate” ultimately failed when trying to accomplish sparsely detailed, confusing, and conflicting military objectives. 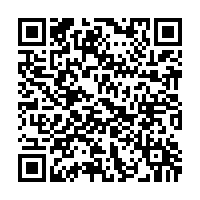