Hamas terrorists posting as beautiful young women are trying to ‘friend’ unsuspecting Israeli soldiers on Facebook, according to new reports.

The targeted soldiers told the Hebrew-language 0404 military website the “phishers” are using “many false profiles” and trying to elicit information about their military service.


Earlier this year the IDF revealed a similar plot by Hamas, which operated an entire network of fake profiles on Facebook to contact the soldiers. No damage was achieved, and Israel’s cyber intelligence unit was able to expose the plot in a special operation carried out by IDF Military Intelligence and the Shin Bet (Israel Security Agency), called “Operation Combat Hunter.”

Now a new wave of Hamas fakers is again trying to extract information from Israelis, in particular from IDF soldiers.

“Last week I approved three requests by female ‘friends’ that looked really good . . . After I checked their profiles I saw they had almost no posts and realized they were fake,” said one.

An Israeli hacker warned surfers in a comment to 0404, “Even if you don’t give them information, it’s enough that they follow you, and collect photos, see where your post was written and get your information.”

The site recommended that surfers block any suspicious requests, and those from an unfamiliar profiles. 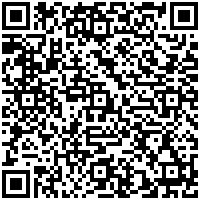