Pope Francis on Thursday received a group of Rabbis led by his long time friend from Buenos Aires, Rabbi Abraham Skorka, Vatican Radio reported. The delegation offered a new edition of the Torah.

Back in 2014, Rabbi Skorka told Ha’aretz that the pope “would like to have some kind of reaction from the Jews to the improvements undertaken by the Catholic Church regarding its relationship with the Jews,” but Jewish leaders have responded coldly, focusing instead on the tragedies of the past and suspecting that behind all this exterior good will hides the ancient desire to convert the Jews.


On Thursday, the pope shared his observations on the Torah with his guests, saying:

“The Torah, which Saint John Paul II called “the living teaching of the living God” (Address for the Twenty-fifth Anniversary of the Declaration “Nostra Aetate”, 6 December 1990, 3), manifests the paternal and visceral love of God, a love shown in words and concrete gestures, a love that becomes covenant. The very word covenant is resonant with associations that bring us together. God is the greatest and most faithful covenantal partner. He called Abraham in order to form from him a people who would become a blessing for all peoples of the earth. God desires a world in which men and women are bound to him and as a result live in harmony among themselves and with creation. In the midst of so many human words that lead to tragic division and rivalry, these divine words of covenant open before all of us paths of goodness to walk together. This publication is itself the fruit of a “covenant” between persons of different nationalities, ages and religious confessions, who joined in this common effort.

“The fraternal and institutional dialogue between Jews and Christians is now well-established and effective, made so by encounters that are ongoing and collaborative. The gift that you are making to me today is fully a part of this dialogue, which finds expression not only in words but also in gestures. The extensive introduction to the text and the editor’s note emphasize this dialogical approach and communicate a cultural vision of openness, mutual respect and peace that accords with the spiritual message of the Torah. The important religious figures who have worked on this new edition have paid special attention both to the literary aspect of the text and to the full-color illustrations that add further value to the publication.

“Every edition of sacred Scripture, however, possesses a spiritual value that infinitely surpasses its material value. I ask God to bless all those who contributed to this work and, in a particular way, to bless all of you, to whom I renew my personal gratitude.” 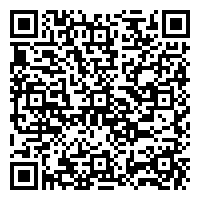