The death and injuries that happened at Rabbi Shmuel Wosner’s funeral should never have happened.

It’s very easy to blame the police for not properly organizing crowd control for Rabbi Wosner’s funeral, which resulted in the death of Mordechai Gerber (27) and severe injuries of three more people who were trampled by the crowd.

The police will conduct an internal investigation, and they will determine if, where and how they failed at the funeral.

But what about the other half of the equation?

The people who were pushing and shoving everyone around them, rushing to get closer to the casket. The people who stepped on the bodies of their fellow students. The people, who despite the crowds in front of them, continued to push their way forward, leaving over a 100 injured.

At some point, the people at the funeral must investigate their own actions and their own role in the death and injuries.

In the last two years, there were two tremendously large funerals for 2 great rabbis in Israel, Harav Elyashiv and Harav Ovadia. Hundreds of thousands of people participated with dignity and Derech Eretz, and everyone left the funerals sad, but alive and well.

When a bad thing happens in a Jewish community, the Jewish response is to ask what did we do wrong to cause this to happen us.

When a body is found murdered in a field, the leaders from the nearby towns come together, publicly perform the Egla Arufa ceremony and say, “Our hands did not shed this blood.”

Every day that passes without a strong, honest assessment of this tragedy from our Torah guiding lights increases the rule of the darkness. 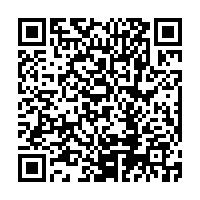