First, for the record, Israel’s first President Chaim Weizmann died on Heshvan 21, 5713, making his yahrzeit fall this year on November 15. But according to the secular calendar, the statesman who served as President of the Zionist Organization and later as the first President of Israel, passed away 70 years ago, on November 9, 1952, which fell on Wednesday this week.

Weizmann was a delegate to the Second Zionist Congress of 1898, together with Herzl, and in 1920 was appointed the 4th President of the Zionist Movement. In between, he was credited with ushering in the 1917 Balfour Declaration that promised a home for the Jews in Palestine (which was still under Othman rule, but not for long).

In honor of the 70th anniversary of his passing, KKL-JNF Archives reveal rare photographs of significant milestones in Weizmann’s life.

Efrat Sinai, Director of the KKL-JNF’s Archives, noted: “As a scientist, Weizmann gained popularity thanks to his invention that helped Britain during the First World War – a fermentation process for the production of acetone, which was used as a substitute for gunpowder. He refused to receive an honorary title from the King of Britain for his contribution and asked him to care for his people instead. His vast connections with the top of the British government at the time resulted in the famous Balfour Declaration. We are happy to reveal moments from the life of one of the most prominent Zionist activists of modern times. His photos are kept in the photo archives of KKL-JNF, where records of the Land of Israel, its people, and its leaders are carefully preserved, starting from the beginning of the 20th century.” 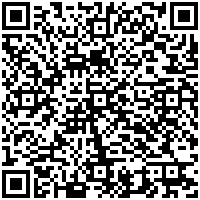