Today, Diaspora Jewish communities are suffering severe trauma as they experience erosion of the acceptance and security they enjoyed over the past half century. Whether it be Paris, Johannesburg, New York, Melbourne or any city with a Jewish community, the anti-Semitism expressed as feverish hatred of the Jewish state — incubated over the past decade by a witches’ brew of Muslim, far-left and traditional anti-Semitism — is again transforming many Jews into pariahs.


However, the epicenter is undoubtedly Europe where the situation has been aggravated over the past year as a consequence of the immigration of huge numbers of migrants from Syria and North Africa, enabled by the open-door policy of German Chancellor Angela Merkel. Many are not refugees but able-bodied young Muslims seeking to improve their standard of living and include supporters and, in some cases, activists of global jihad. They are dramatically destabilizing the social cohesion and security of countries harboring them.

In past decades, most Middle Eastern immigrants to the West were drawn to democracy and sought to integrate with their new surroundings. But many who are coming now display no inclination to integrate, regard democracy with contempt and have been indoctrinated with vile anti-Semitic prejudice. Indeed, moderate Muslims are intimidated, silenced and some even murdered while others who are second-generation offspring of law-abiding immigrants, including university graduates, have been radicalized into perpetrating terror.

Setting aside the 1,750 European jihadists who, according to an EU report, have returned from Syria with orders to engage in terror in their own countries, the aggressive demands, violence and criminal activities of the “refugees” have already impacted in every community in which they reside. Regrettably, in a futile effort to minimize tensions, governments and the media understate and even cover up the extent of their damage to the social fabric.

With the indigenous population shrinking and the Muslim birthrate alarmingly high, unless the flow of migrants is stemmed, there is every possibility that by the end of the century the foundations of European civilization will be destroyed.

Syria and other Middle Eastern countries have returned to the Dark Ages with their excessive barbarism. The plight of butchered civilians in Syria and elsewhere is a heartbreaking humanitarian disaster, but the solution is for the international community to forcefully intervene to stabilize the situation rather than open the gates to an emigration that could undermine democratic societies.

It is the Jews who are the primary targets for terrorists and proportionately suffer the greatest number of casualties.

Yet, ironically, many liberal Jews are at the forefront of campaigns to open the door to widespread immigration of Muslim “refugees” and even make ridiculous bleeding-heart analogies to the plight of Jews during the Holocaust. In so doing, they are facilitating the entry into their communities of hordes of embittered anti-Semites who have been brought up to consider Jews as the “offspring of apes and pigs.”

They also enrage many of their neighbors who loathe these “refugees” and fear that this flood of immigration will destroy their way of life. Many Europeans are not merely outraged by the accelerating crime levels but deeply resent the government censorship imposed in the futile efforts to avert Islamist violence by acts of appeasement. Any critique of Muslim behavior is automatically condemned as Islamophobia and it is now effectively illegal to criticize Islam, as exemplified by the spurious Dutch court conviction of Party for Freedom leader Geert Wilders for the “crime” of “hate speech”.

The response has been the meteoric rise of radical right-wing movements in all European countries — Jobbik in Hungary and the Golden Dawn in Greece are outright anti-Semitic and neo-Nazi movements.

In France, Marine Le Pen, leader of the National Front (the largest political party in France today) has vigorously condemned and dissociated her party from its former anti-Semitism and even expelled her father because of his anti-Jewish and Holocaust-denying remarks.

The right-wing U.K. Independence Party, which spearheaded the Brexit campaign, has sought to purge anti-Semites from its ranks.

The Austrian Freedom Party, whose candidate was narrowly defeated in the presidential election, is seeking to distance itself from its former Nazi past.

Throughout Europe, extreme right-wing and anti-Muslim political parties are on the ascendancy. All, except the Hungarian and Greek neo-Nazis, even support Israel but many of their rank and file are unreconstructed traditional anti-Semites.

The anticipated appointments in Trump’s administration combined with horrific examples of criminal behavior among immigrants (including gang rapes and murders) will undoubtedly polarize the situation and further strengthen populist forces in Europe. The bureaucrats who have arrogantly presided over the European Union have good reason to fear collapse of the entire EU structure.

In France and Germany, Shariah courts are bypassing the state legal system and polygamy and child marriage proliferate. To placate public outrage, many governments are now toughening their stance towards the migrants in efforts to stem the flow of their support toward the radical right-wing parties. Even Chancellor Merkel is proposing to ban bourkas.

Under such circumstances in which the anti-Israeli Left is in decline and most radical right-wing groups – other than in Hungary and Greece — are seeking to distance themselves from anti-Semitism and concentrating on the Islamic fundamentalist threat, it could be suggested that Jews have less grounds for concern.

However, in this utterly chaotic climate in which populism and instability reign supreme, historical precedents point to the scapegoating of Jews. The growing prejudice directed against Muslims and the efforts of the radical right-wing political parties to distance themselves from anti-Semitism will not lessen hatred for Jews, even if they try to conceal it.

Nor will it stem the growing anti-Semitism spearheaded by “progressives” and “liberals” who in the 1930s were the strongest opponents of anti-Semitism. Alas, the reality is that anti-Israelism, morphing into direct anti-Semitism, has now become indispensable to the political DNA of anyone purporting to be “progressive,” even including Jews.

Moreover, Muslims have far greater power in numbers which will enable them to intensify their anti-Semitism with their leftist allies.

The situation for Jews is therefore only likely to deteriorate. As it is, they live in societies where horrific terrorist attacks against their schools, synagogues, museums and supermarkets have necessitated military or armed guards to provide security. Jews in some areas avoid wearing kippot and feel obliged to adopt a low profile to avoid being assaulted; many children attend Jewish schools in record numbers not because of the Jewish education but because of the anti-Semitism they encounter in public schools; students at universities are under continuous attack.

Public opinion is in general more hostile to Jews than most governments which augurs ill for the future. There was one small ray of sunshine recently when the British government adopted a realistic definition of anti-Semitism that could well serve as a model for other countries to emulate. But this has to be balanced by the fact that, for the first time, the opposition Labour Party in the U.K. could be headed by shamelessly open anti-Semites.

There are probably in the vicinity of 1.4 million Jews in Europe. What sort of life as Jews can they expect for their children and grandchildren when they live under such conditions and all indicators suggest an increase in anti-Semitism? While many are likely to remain, their communities are likely to shrink dramatically.

Those who wish for their children to maintain pride in their heritage and not be brought up in an atmosphere where they are under social pressure to conceal their Jewish identity or turn against their own people would be well-advised to consider emigrating. If they are unable to do so, they should encourage their children to leave.

They are fortunate that today they do not need to beg for entry visas; the Jewish state provides a haven for all Jews.

Whereas in Israel their Jewish future is almost assured, sadly, many decide to emigrate to other Diaspora Jewish communities where there is no guarantee that they will maintain their Jewish identity.

One of the main reasons for this is that the Israeli government and the Jewish Agency have failed to provide adequate facilities for middle-class and professional immigrants. Israel has one of the most successful economies in the world and failure to make maximum efforts to absorb more of these immigrants will be recorded as a tragic lost opportunity. Rectifying this situation must become a top priority for the government.

Alas, the European situation for Jews is dismal and we must hope that many will leave and join us in Israel and participate in the historic renaissance of our people. 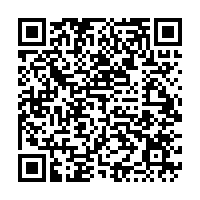