The leader of the Haredi-Lithuanian faction in Israel, Rabbi Aharon Yehuda Leib Shteinman, 103, has improved slightly overnight, after being hospitalized Sunday evening with general listlessness and a possible pneumonia, according to Kikar Hashabbat. He has been taking antibiotics starting last week, but the doctors at Mayanay Hayeshua hospital in Bnei Brak, following extensive tests Sunday, decided to hospitalize him.

Rabbi Steinman was apparently well enough Monday morning to pray the morning prayer at the crack of dawn in his hospital room.


The hospital’s medical director Professor Motti Ravid told Kikar Hashabbat that Rabbi Steinman’s improvement is “significant,” adding the “The Rav is already sitting up in an armchair in his room.”

Following the death of Rabbi Yosef Shalom Elyashiv in 2012, Rabbi Steinman is widely regarded as the Gadol Hador (leader of the generation) of the non-Hasidic Lithuanian world.

Rabbi Shteinman is known for his modest lifestyle. His apartment is furnished sparsely and has not been painted in many years. Until 2014, he slept on the same thin mattress he had received from the Jewish Agency when he made aliyah in the early 1950s. 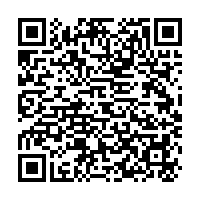