Neo-Nazi The Daily Stormer’s founder Andrew Anglin has ratcheted up his campaign of harassment against the Jewish community in and around Whitefish, Montana, including announcing an armed march in the town by white supremacists that he has scheduled for January, ADL reported last week. Why Whitefish, Montana? Because that’s the home of the parents of white supremacist Richard Spencer.

Richard Spencer, the white supremacist most closely associated with the alt right, appears to be making common cause with neo-Nazis, according to the ADL, “something that did not seem likely even a few years ago.” On December 14, Spencer appeared on a podcast on The Right Stuff (TRS), a virulently anti-Semitic site, with neo-Nazi Andrew Anglin of The Daily Stormer and Mike Enoch, the pseudonym of the person who founded TRS. On the show, the three spoke amicably about their different approaches to white nationalism. Indeed, they appeared to salute each other’s efforts to gain traction with mainstream whites who have not embraced white nationalism.


Richard Spencer’s Mom recently published an article about being forced to sell her home because of her son’s views. As evidence, she made public her emails with a Jewish real estate agent named Tanya Gersh.

The emails reveal Sherry Spencer’s torment over her personal conflict between loving her son and recognizing that he is a slimy bigot. according to one email, Sherry issued a statement of reconciliation with her community of Whitefish, and repudiated the views of her son’s many affiliates in the alt right movement. She stressed that “I have recently come to believe that because of my son’s activity and leadership in the white nationalist movement his presence in Whitefish is hurting the people here. I want to mend this damage and that is why I am making this announcement.”

Spencer did not like being shamed by his own mom, and so, in response, on December 16, the Stormer called on neo-Nazis and other white supremacists to contact Jews in Whitefish about their “Jew agenda.” Anglin also posted on his website phone numbers, work locations, email addresses, and photographs of six Jewish residents of the Whitefish area, including a child, and superimposed a yellow Jewish star with the word “Jude” on the pictures.

The Stormer also encouraged his supporters to troll a rabbi who encouraged people to put a menorah in their windows to show solidarity with the Jews of Whitefish.

In response, the Stormer told its followers to put Nazi flags in their windows and to Nazi swastika stickers on their cars, homes and businesses. He also encouraged followers everywhere to send hateful messages to anti-hate organizations.

The Stormer has carried out anti-Semitic harassment campaigns before, according to the ADL. In the spring of 2016, he encouraged people to troll Jewish journalists who were critical of Donald Trump during the Republican primary campaign. He also launched a harassment campaign in October 2014 against Jewish politician Luciana Berger, a British MP, after a white supremacist was arrested for harassing her. 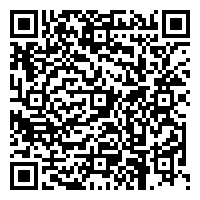