Our tears have yet to dry. I am not sure they ever will. We have all been thrown to the ground, pinned down by a loss of spiritual support.

Why is this so? It is because Maran HaRav Ovadia Yosef, zt”l, was larger than our generation. Or perhaps the generation is too shrunken, too beaten by the wind, to fully appreciate Maran’s greatness. It is still unclear.


One thing is clear. For the Sephardic Jew, this century is divided into two distinct periods – one with Maran’s presence and one that is no longer graced by it. The second period trembles with its own uncertainty because the greatest and strongest of us are incapable of filling the shoes of Maran, who served as posek and leader in an era rife with instability and danger.

Throughout the week of mourning, people spoke of our being orphaned. We feel a deep, unfathomable loss. With all our modern skills and technological know-how, we have yet to develop the device that can measure Maran’s monumental contributions to us, to our generation, and to many generations to follow.

It is not in our power to describe, so soon after his passing, the greatness of such a Torah giant. People will write about his amazing Torah knowledge, the power of his prayers and his outstanding acts of chesed, those he made public and those he hid from the public’s eye. But we will never know, certainly not in the near future, the true extent of Maran’s influence on the history of the Jewish people, how much he shaped the direction of the state of Israel, and how he gave countless Sephardic Jews a different perception of themselves. We are still feeling the effects of his efforts; perhaps we are still at the very beginning.

Maran was the standard-bearer of the movement to restore Sephardic Jewry to its former status in the hierarchy of Torah greatness. Five or six decades ago, Porat Yosef was basically the only higher yeshiva for Sephardic young men. The roshei yeshiva perceived the enormous potential in Maran when he was still a youngster. They did everything to equip him with the tools to realize their vision and bring their hopes to fruition. They placed their hopes in him to return the lost members of our people to the flock by igniting the spark of faith and pride in their hearts.

Maran’s heart was fertile soil for planting the seeds of a revolution among Sephardic Jewry. Even as a youth, his power to pluck lost souls from the depths and carry them on his wings was apparent. Already then, children ran to find places in synagogues and batei midrash with his encouragement.

If the streets of Yerushalayim could eulogize him, they would recount how he gathered the children in all the synagogues, large and small. They would tell how he strode from Musayoff to Geulah and to Beit Yisrael, offering yet another lesson in practical halacha, another page of Gemara, another study in the weekly Torah reading. Every lesson was delivered with his special grace and humor, with a smile and with wit. His lectures were attended by nine-year-old children and ninety-year-old codgers, sharp-minded kollel students and simple laborers after a long day of work.

Yes, this is the way it was long before the politics began, before there was an issue of appointing people to positions, status and jobs. Maran was tilling the ground so that he could sow the seeds of faith – not only in Yerushalayim but in Beersheva, Ashdod, Dimona, Tel Aviv, Tirat HaCarmel, Haifa, Acre and Nahariya. He took it to little settlements and forgotten communities. He never told anyone “No, I don’t have time for you.”

Maran planted the trees of Torah so that their branches would cast the shadow of emunah and yirat Shamayim on the new generation. At the same time that atheistic Mapai activists danced over their success in pulling Sephardic Jews away from their faith, Maran was already laying the groundwork for the counter-revolution to bring them back home. He counted his successes one person at a time. He found them in urban centers and in Zionist establishments, simple people and influential people alike.

How did he do it? Primarily, through the power of his personal Torah study. The energy he put into learning Torah was something unmatched in this generation and, apparently, going back several generations as well. Further, he did it through his sincere, faith-filled prayers that undoubtedly pierced the highest Heavens. His prayers were accentuated by his tears, flowing freely and silently in the hope his wounded brethren would be healed spiritually, step by step until they achieved perfect health.

It would not be right to describe Maran’s public service as beginning with his establishment of the Shas political party. With due respect to Shas and its accomplishments, it was Maran who prepared for it with decades of hard work. He breathed life into the movement; he pushed and encouraged the young men he appointed to fight the battles, instilling courage and confidence where none had existed before. “You can do it,” he said. “It is within reach. We are not powerless.”

“Open more yeshivas and institutions,” he would insist. “Don’t worry. Hashem will help. You won’t run out of money.” He implanted solid faith in his people, telling them Heaven’s help was right around the corner. From his lofty position he brought the horn of plenty to the Torah world, to all who were in need and to all who hungered for Torah. All we had to do was to come, to participate, to reach forward. The blessings of the gadol hador were available. He had envisioned it and sowed the seeds for it more than sixty years earlier. We are witness to his revolution today.

It is crucial for us to emphasize that Maran not only created a monumental edifice of Torah and halacha, but that he also built people. He was there for the youth, for families, for one Jew after the other. He gave people advice they needed in making important decisions in life. He gave his blessings. Maran was the key in helping them to connect with Hashem.

His home was always open, as was his sensitive heart. He was always ready to listen to barren women, widows, orphans, the ill and downtrodden. Whoever they were, he served as their loving father. He was everyone’s father. When he pinched or slapped someone’s cheek, that person knew that it came from his father. Everyone knew that he loved us all, that he prayed sincerely for us all.

It was such a wonderful feeling to know we had a father who was so wise, who possessed such yirat Shamayim, who was no doubt beloved by Hashem. This feeling gave us strength and spirit. When someone left Maran’s presence, he invariably was stronger than before and committed to building himself anew with Torah and emunah. The future appeared rosier because his father had blessed him and encouraged him.

For me personally, Maran was my guide in life, my leader, my authority. Now I feel I have lost my father. The pain is far greater than when I lost my biological father.

Maran, we were privileged to stand by you for decades. We saw your self-sacrifice and stupendous efforts to raise the Sephardic world of Torah. How can we describe it?

There is a type of pride that is proper and a type that is despicable. It is wonderful when a Jew feels pride for going in the ways of Hashem. With his inimitable wisdom, Maran did his best to raise the honor of Sephardic halachic rulings so that we could be proud to know them and follow them. He showed us that we had no reason to feel ashamed of our heritage, that we could be proud to follow the rulings of Maran HaRav Yosef Karo, author of the Shluchan Aruch.

Thanks to the work of Maran, we have a clear understanding of the ways of halacha, and thousands of Torah students have adopted them with pride and confidence.

During Maran’s lifetime, our bookshelves became filled with sefarim of halacha and responsa. Once, the Sephardic yeshiva world was silent. No more. It is a world that has been completely rebuilt, replete with roshei yeshiva, teachers, rabbinical judges and rabbis who are fluent in the rulings of the Shulchan Aruch and the Acharonim. Before Maran, we lacked all this.

Sephardic pride. It is not just an expression; it is an anchor for values and sentiment. For decades, Sephardic Jews were downtrodden and scorned. They did not receive the recognition they deserved. People did not understand the greatness of their own halachic traditions. Maran expertly guided us out of that quagmire. He brought an entire generation of Torah scholars to hold fast to the wisdom of Sephardic Jewry, the wisdom of generations of great scholars who built themselves on the Shulchan Aruch and Rav Yosef Karo.

Today we are confused, bewildered about our future. Our ship has been cast astray and we don’t know where it is headed. Despite this, let us remember how Maran, our leader, always remained confident about the future. He was a born optimist. He knew he was doing the right thing and he always told us to remain on course while seeking to enhance Hashem’s honor.

We are incapable of telling the future. And even though Maran has been taken from us, we must have full faith that Hashem will continue to provide us with the proper leaders. We will continue to follow leaders who will go in the ways of Maran, the spiritual giant who built Sephardic Jewry, placed the crown of Torah on our heads and taught us to love and cherish that Torah.

We pray that we will continue on the road for the sake of our children and grandchildren until we will be privileged to see our Final Redemption. 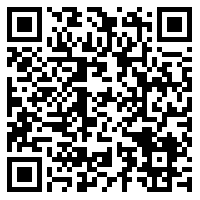